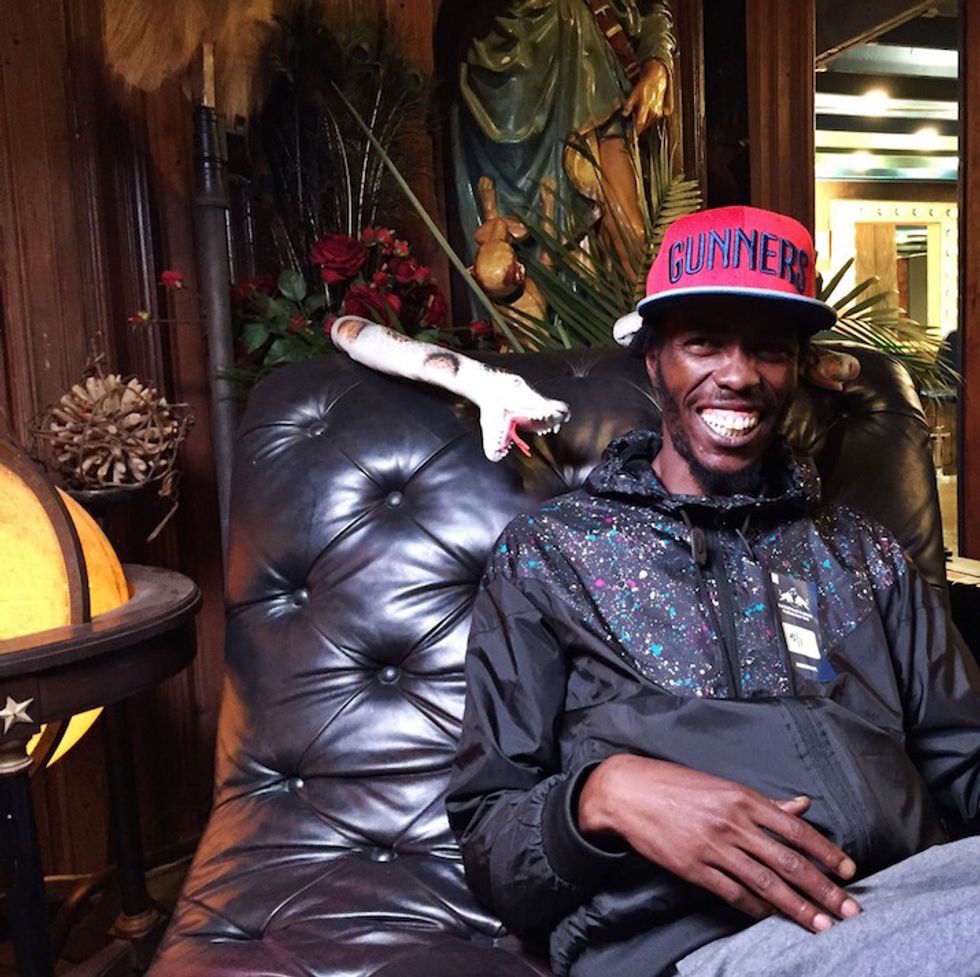 As the producer behind the Atteridgeville, Pretoria-born sub-genre known as 'Bacardi house,' DJ Spoko (aka Marvin Ramalepe) has left an indelible mark on today's electronic music landscape. Now, the artist has his sights set on the rap game. He'll soon be dropping an EP as his new underground hip-hop project, SycoKillah. The five-track release, co-produced with his Fantasma bandmate Andre Geldenhuys and fellow Atteridgeville beatmaker Machepiz, will showcase what Spoko refers to as his style of Kasi rap.

According to Spoko, like 'Bacardi house,' his rap music is dominated by township life. "Kasi is another name for township. I do rhythm and poem about township life," Spoko tells us over email. But he's also quick to differentiate between himself as a producer and his new emcee persona. "SycoKillah he is a messenger. He preaches the truth. DJ Spoko he dances to the last bar" (and if you needed any proof of Spoko's exceptional moves, look no further than his set at RBMA's Electronic Africa in NYC).

Spoko, who cites storytelling-influenced rappers like Black Thought, Rakim, Nas, Scarface and Tupac as his inspirations, says that as an emcee he wants to talk about life in Atteridgeville. "Things that I've seen or heard that are going on in the township. If it's bad, I fix it or warn the people with my music," he tells us.

"Falling Se'sfikile," Spoko's very first track as SycoKillah, is a call for South African rappers to be more original. Listen below, and stay tuned for more from DJ Spoko's new rap project.