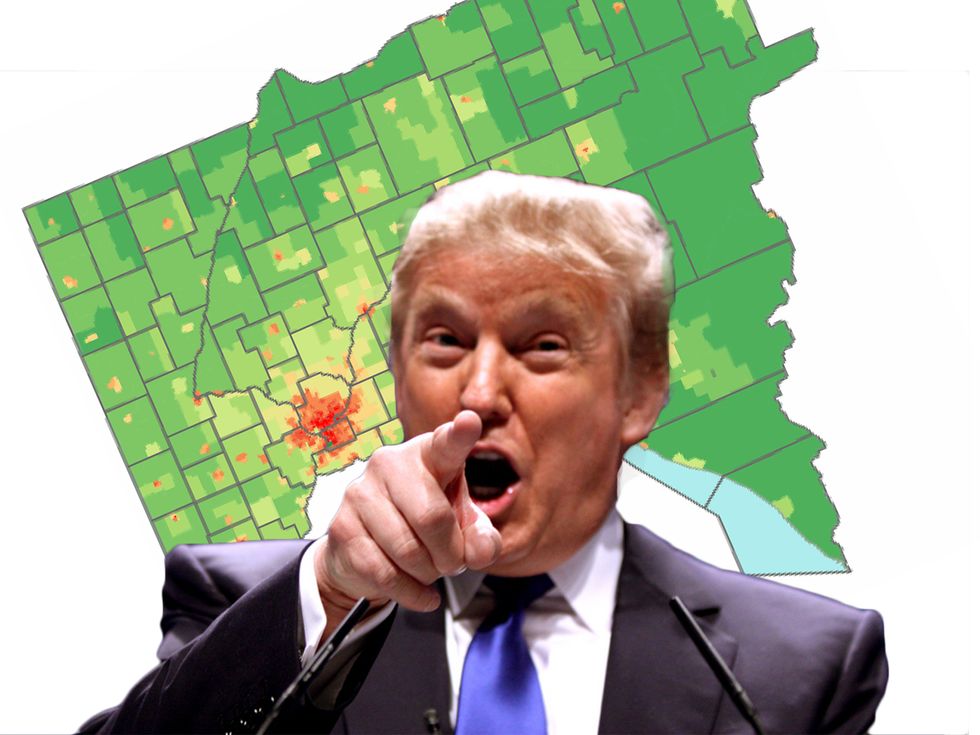 The Republican nominee for president suggests ISIS was founded by Obama and that Minnesota's Somali community is a “rich pool” for recruitment.

Somali-Americans are the latest to feel the noxious spray of Donald Trump’s xenophobic slander.

While on a campaign stop in Maine last week, the Republican nominee for U.S. President has taken aim at Minnesota’s sizable Somali community, an estimated 70,000 people.

It’s poor timing as he’s expected to make a stop in the state next week.

Citing an article in the Washington Times—a right-wing rag founded by a South Korean cult—Trump claims the Somali community of the North Star state is a “rich pool” for ISIS and other Islamic terrorist groups to radicalize and recruit from.

Trump is pointing to arrests of nine men since 2014 believed to have been plotting to join ISIS in Syria. Three men were found guilty by a federal jury in June.

His disparaging marks were met with clap-backs from the Somali community and local political officials.

Donald Trump, do *not* go after Minnesota and our Somali population. Just don’t. You don’t have a fraction of the drive, purpose, community-mindedness, strength, courage, and value of our Somali community. Minneapolis and Minnesota would be a lesser place without our Somali neighbors. Is there poverty? Do they face challenges? Yes — many communities do — but theirs are multiplied by the kind of Islamophobia and racism you have made the hallmark of your campaign. You invite the crowd to ‘take a look at what’s happening in Germany. Indeed, I would exhort the American people to do the same, but to take a look at what was happening in Germany in the 1930s. Given who you are and the bile you vomit day after day it is a much more apt and useful reference point for where you want to take America.

Hey, @realDonaldTrump. I want to talk to you about the nonsense you said about my state and my constituents. https://t.co/kj3BPYazgK

Immigrant communities built this country. They make America great, no matter what demagogues like @realDonaldTrump say.

.@realDonaldTrump should visit the Somali-Americans in MN. He'd find a welcoming, thriving community. They could teach him a thing or two.

And the only Muslim on the Minneapolis City Council, Abdi Warsame, tells the Star Tribune that Trump's call for a ban on all Muslims seeking to enter the United States has caused an increase in hate mail delivered to his office.

Trump also has blamed Maine’s Somali population of 12,000 for an increase in crime in the state, which elicited a response from Republican Senator Susan Collins.

“Mr. Trump’s statements disparaging immigrants who have come to this country legally are particularly unhelpful. Maine has benefited from people from Europe, the Middle East, Asia and, increasingly, Africa — including our friends from Somalia,” Collin says.

It’s obvious the reality star-turned-politician is having a meltdown—Wednesday while in Florida, Trump called President Obama the “founder of ISIS,” and he is refusing to back down.

If Trump becomes the next United States President, Allah help us all.