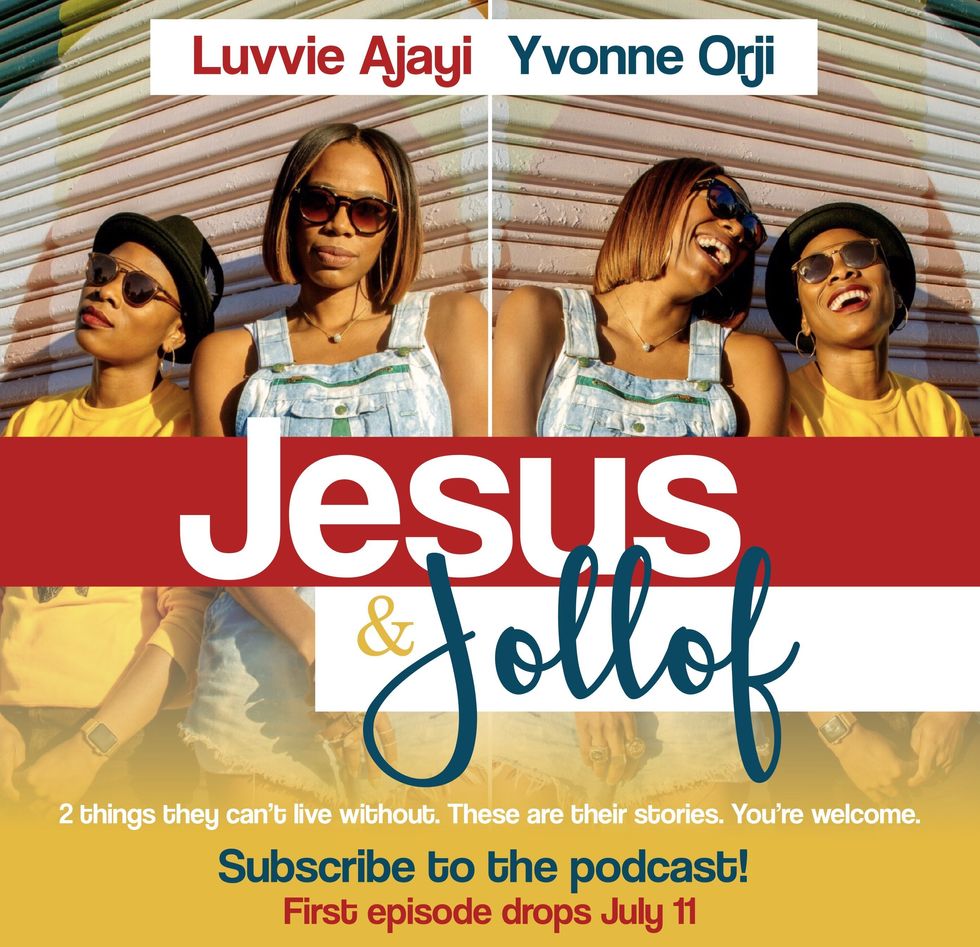 The podcast, which premieres July 11, uses humor to explore the experiences of first-generation Nigerian-American women.

Podcasts lovers, you're in for a major treat—and yes, it involves jollof rice.

Two of our absolute faves, comedian and actor Yvonne Orji and writer, speaker and cultural critic, Luvvie Ajayi—who were both honored on OkayAfrica's 100 Women list in 2017—have teamed up for Jesus and Jollof, a new podcast exploring the lived experiences, relationships, aspirations, and everything in between of first-generation Nigerian-American women, with a comedic twist. Why Jesus and jollof, you ask? According to Orji and Ajayi those are the "two things they cannot do without."

The two shared what we can expect from the upcoming first season in an email to OkayAfrica:

"The first season of Jesus and Jollof explores our stories, as Nigerian women who grew up in the United States. Being artists was not the plan, but how did it happen for us? From hilarious discussions about our squad to the pains of the glow up, we bring our hearts and humor to Jesus and Jollof!"

Ajayi is also the host of the podcast Rants and Randomness which premiered earlier this year.

The first episode drops tomorrow, July 11 and new episodes will be posted every other Wednesday. You can subscribe to Jesus and Jollof now via iTunes. You can listen to the first episode here.