8 Dope SA Albums and EPs That Came Out This Month 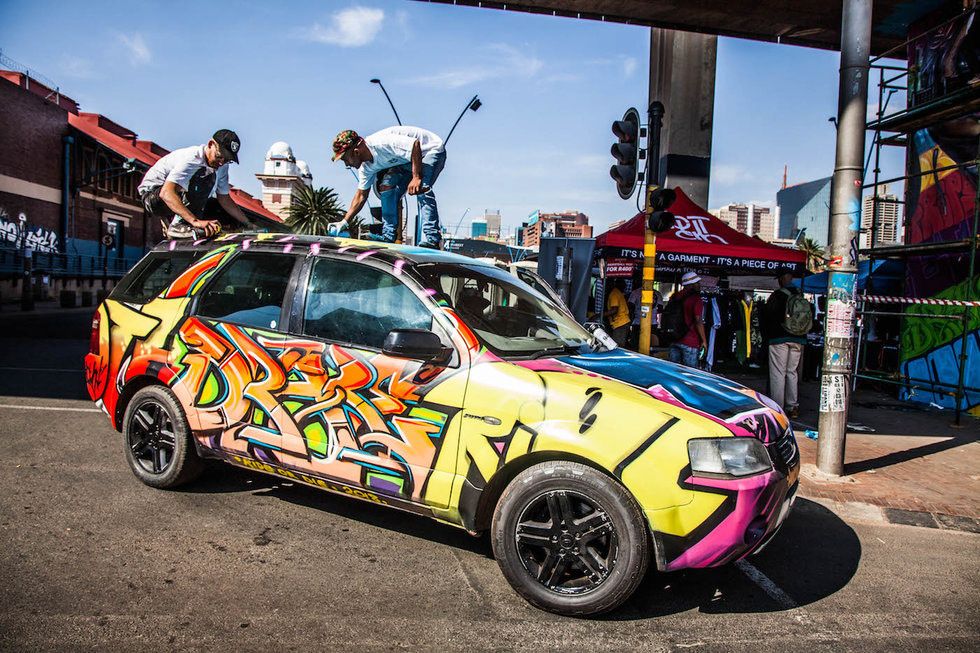 Here are 7 dope South African albums and EPs that dropped in May and fell on our radar.

Take a look at seven South African albums and EPs that dropped in May (and a few from last month) that impressed us.

The jazz band released what's one of the best albums of the year on their Mello Music Group debut. Thina, which uses jazz as its base, flirts with hip-hop, electronic, neo soul, eluding classification by genre. Lyrically, this is a project that's meant to make you feel like you're not alone in the struggle and that even though things may not be going your way, it helps to take a breather, look at the bright side and persevere on.

Muzi's latest EP tells the story of how black men and women would leave their homes to come work in the mines during the apartheid era. Families were destroyed as the parents found themselves seeing less and less of their kids as possible. Stimela Segolide tells the story in four songs, a music video and merchandise. Muzi sprinkles of South African vintage genres over his electronic production.

Lex LaFoy isn't one to get stuck on the same sound. Having started out as a poet, she became a conscious rapper favoring boom bap production in the mid-2000s. In her 2017 EP Honey Bass, she was rapping over bass-heavy electronic beats. On 22, she flirts with trap, adding her own touches to it. Lex LaFoy is one artist who's managed to frequently update her sound and image without losing her essence.

Espiquet's latest EP (released in April) is yet another display of skill and sauce. Espiquet is a pleasure to listen to; his interpretation of beats always works, and his baritone contributes to his x-factor. Free Will, with its cloudy trap production and light-hearted subject matter, is proof of Espiquet's adeptness as a rapper and songwriter.

Another hipnotic release from BCUC, consisting of two long songs and a short one. The Healing features Femi Kuti and Saul Williams. You might wanna be ready spiritually before pressing play.

Sonic Atlas consists of three rich songs—live instrumentation (for instance, the saxophone on "Metanoia") meshes with electronic production. Soul vocals and backpack raps are provided by RHEA BLEK and Raheem Kemet on the songs "Metanoia" and "Run The Block."

M'tunez-I laments the scarcity of money on his debut EP. Sonically, the project is prevalently trap, and M'tunez-I uses auto-tune on his raps and vocals. If you ever feel like the rand keeps eluding you, M'tunez-I wants you to know that you aren't on your own.

Tweezy's third iteration of his God Level EPs is his most diverse—alongside trademark Tweezy production (which is a combination of trap and boom bap), the producer has some kwaito-leaning heat and even traces of Afrobeats.