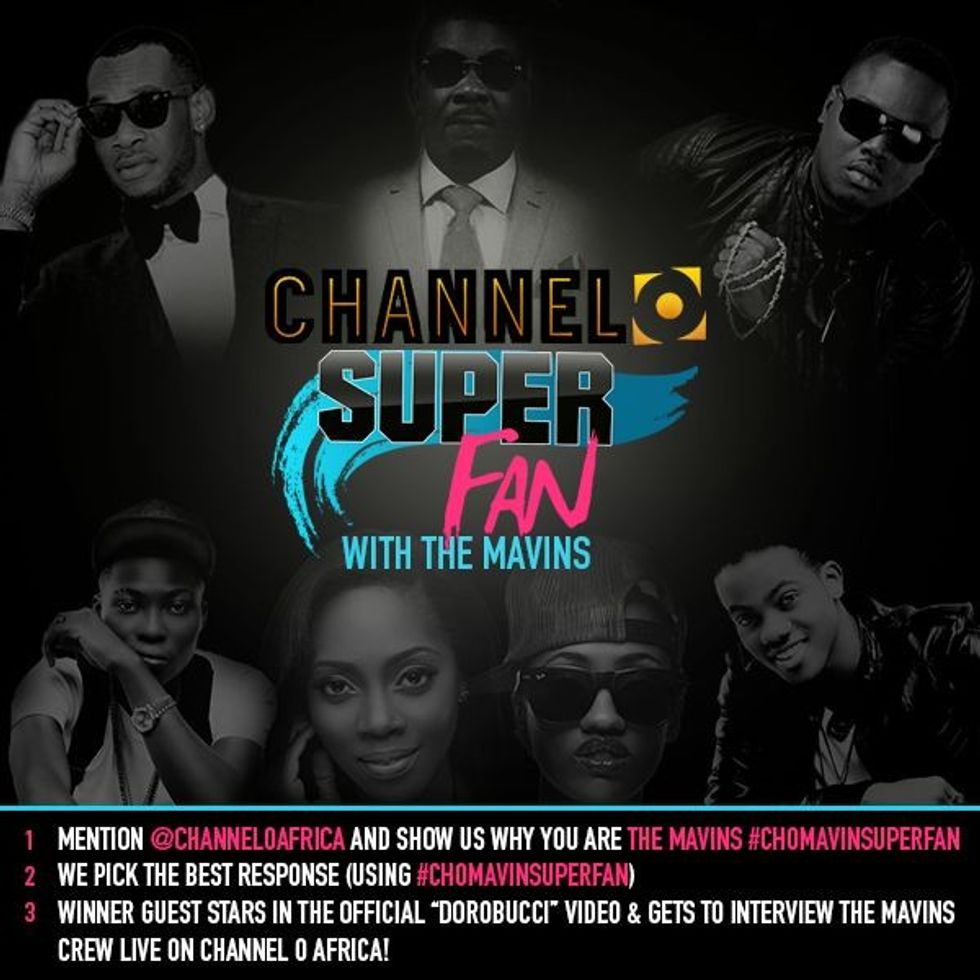 Back in May producer/label boss Don Jazzy brought out Mavin Records big guns Tiwa Savage, Dr. Sid, D’ Prince, Reekado Banks, Korede Bello and Di’Ja on "Dorobucci." This month Channel O is collaborating with Mavin to offer one chosen fan the chance to appear in the upcoming "Dorobucci" music video alongside the song's all star cast. In addition to starring in the video, the contest winner will have the opportunity to kick it with the artists for a Q&A session to be featured live on Channel O. The competition runs now through Wednesday, July 2nd, and the winner will be revealed by Don Jazzy himself. Details on the music video will be announced later this year. Find out how to enter and watch Don Jazzy explain the competition below.

2. Tweet/IG at Channel O + Don Jazzy along with the hashtag #CHOMavinSuperfan & explain "why you're the ultimate Mavin fan."