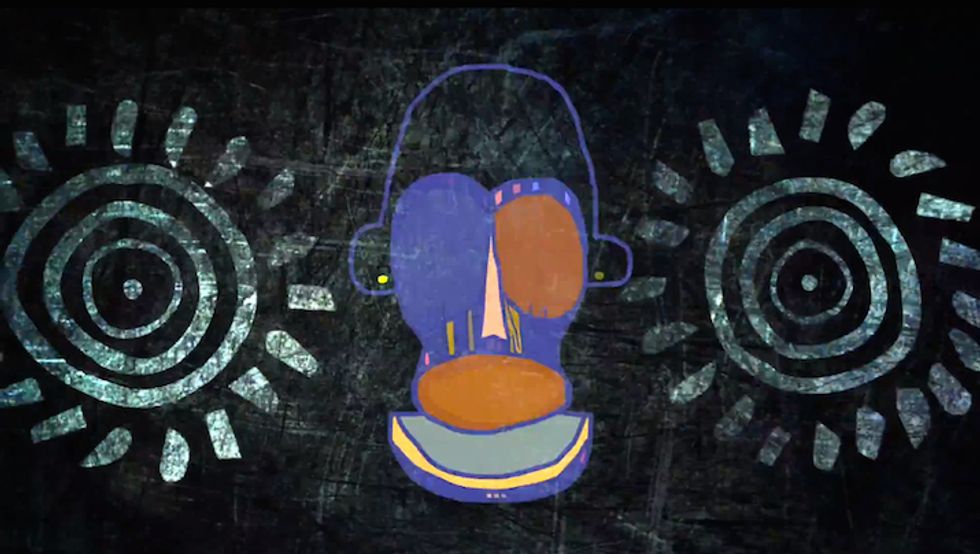 Last year in February, a relatively unknown 16-year-old producer by the name of Dotorado Pro shared the track "African Scream" to his Soundcloud. In a little under a year's time Dotorado Pro's high energy, afro-house blend of marimba melodies and sped-up vocal samples snowballed into an underground hit all over Lisbon. The teenage sensation soon caught the attention of Buraka Som Sistema's record label Enchufada, who just recently released African Scream as a two-track single that features a slowed-down kizomba edit version and the bonus track "African Scream 2," which adds additional percussion and synthesizer work to the original tune. As an extra treat, an animated visual for "African Scream" has just been dropped. Directed by artist & animator Miguel Osório, the music video is a colorful flurry of patterns and shapes combined with the illustrations of Filippo Flumani that accompany the EP artwork.  Watch the video and listen to the EP in full below. African Scream is out now and available for purchase here.