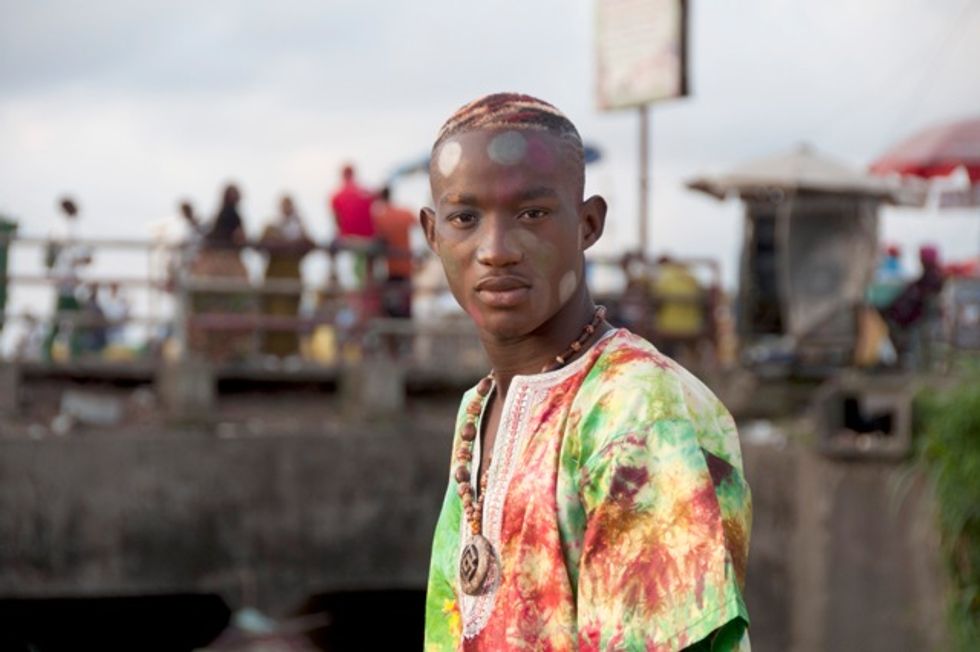 A new exhibition at MoAD from Hobbs/Neustetter of The Trinity Session looks at how Douala's streets became a runway during Doual'art 2013.

Every three years in Douala, Cameroon, contemporary art centre Doual’art hosts artists from all over the world as part of the Salon Urbain de Douala (SUD). Doual’art was founded in 1991 by Marilyn Douala Bell and Dider Schaub with the aim of supporting the production of contemporary art in Cameroon. Participants in the triennial event create experimental, multi-disciplinary public works relating to themes of urban life and society in Douala.

In 2013, artists worked on installations and pieces around the theme “Douala, Métamorphoses.” Stephen Hobbs and Marcus Neustetter of the Joburg-based contemporary art production team The Trinity Session were commissioned by the Tate to create a piece as part of Tate’s public space/public sphere series for Doual’art. The result was an extraordinary fashion show constructed in collaboration with members of the Vallee Bessengue quarter in Douala. Hobbs and Neustetter collaborated with a coiffure by the name of Thomas (known fondly as "Thomas Fashion") who was born and raised in the area. Using locals rather than professional models, the street became a runway and friends and family from the community formed the audience. Thomas’ hair salon already represents a site of transformation for many in Douala, as he expertly crafts elegant and quirky hairstyles for his customers. The photo and video documentation of each model’s unique styling process will form the basis for the project, entitled Temporary but Permanent: Projects, as it travels in early 2015 to Maboneng, Johannesburg’s Museum of African Design.

The striking topography of Vallee Bessengue was central to the site-specific show, with the relationship between individual, place and landscape as a foundational element of the narrative. Throughout their collaboration, Thomas, Hobbs and Neustetter worked closely with individual narratives and personal aspirations to style each participant according to their unique identities and life stories. Thomas crafted magnificent sculptural hairstyles using found objects as varied as ballpoint pens, seashells and zippers. On a symbolic level, the visuals from the fashion parade present a story of dignity, pride and sumptuous styling. If the photos are anything to go by, Trinity Session’s forthcoming exhibition at MoAD will be something to look forward to in the new year, an inspired offshoot of Doual’art’s 2013 Salon Urbain de Douala.