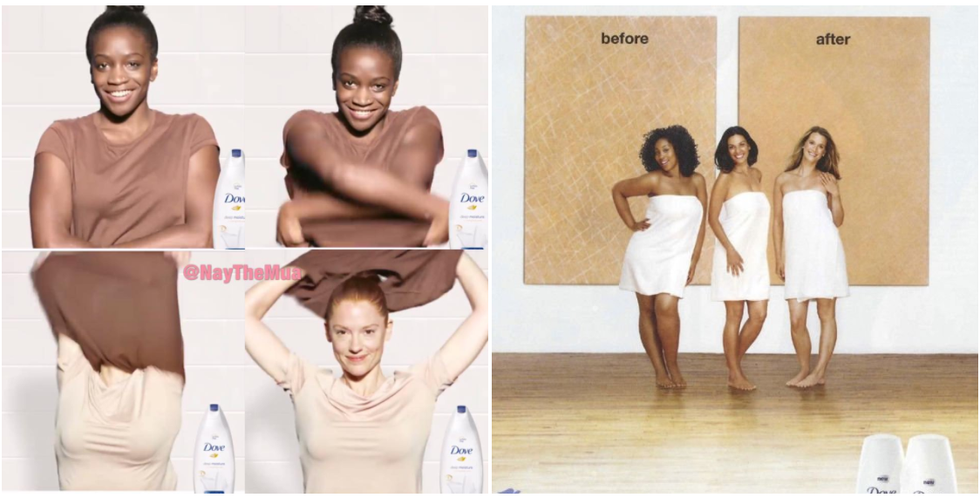 After receiving backlash online for what many considered an overtly racist campaign, Dove deleted the pictures and posted an apology.

The beauty brand Dove posted a series of images that show a black woman turning white after using their soap. As the ad continues, the white woman then turns into another black woman, which has led to some people saying those who were upset were “overreacting."

After receiving backlash online for what many considered an overtly racist campaign, Dove deleted the pictures and posted an apology.

Still, peeps weren't having it, and started circulating the images and other examples where the brand had shown some hints of racism in their campaign. One was a label on one of the brand's products, which reads, “Nourishing lotion for normal to dark skin."

Below are some reaction tweets to the saga.

I don't even understand the #Dovead. Why would I want to become a white woman? So many questions.
— Verashni Pillay (@verashni) 9 October 2017

For people saying that black people are overreacting on this #DoveAd , consider that maybe your humanity isn't being attacked daily.
— Keep It Real✨ (@Act_with_Class) 8 October 2017

POC are perpetually angry, bitter and miserable because they aren't White.👌🏻