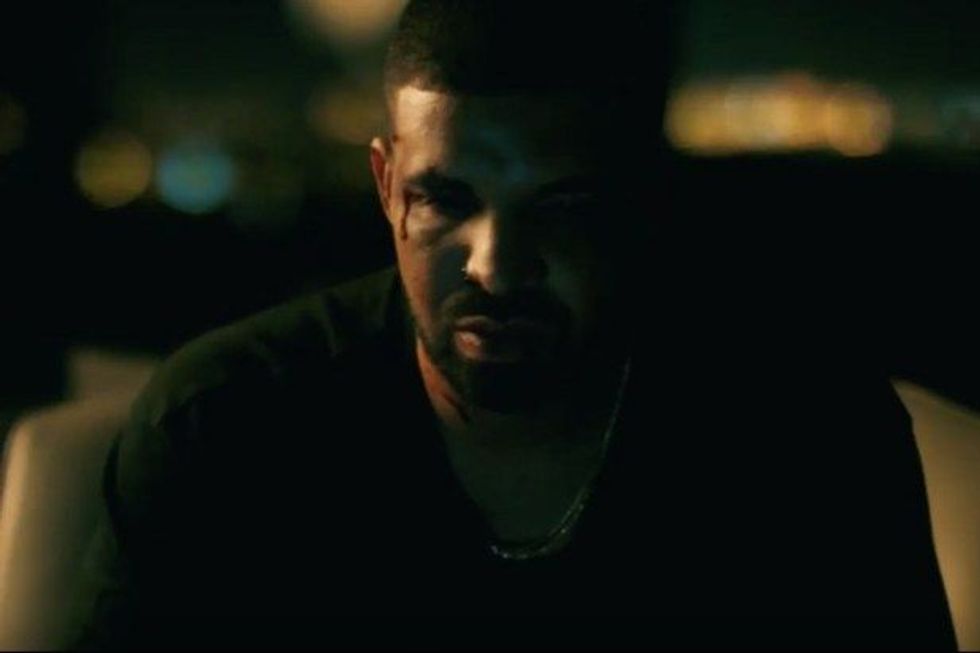 Drake heads to Johannesburg and Namibia in his new short action film, ‘Please Forgive Me,’ now streaming via Apple Music.

When Drake was spotted in Johannesburg this June, many, including Okayafrica, speculated it was to shoot the music video for "One Dance." What we didn't know is the Canadian rapper had an entire short film up his sleeves that trip.

The film, titled Please Forgive Me, is inspired by Drake’s VIEWS album. And it arrived as a surprise Apple Music exclusive early Monday morning.

As Billboard reports, it was shot on location in Soweto over the course of a single week. Filming also took place in Namibia.

In it, we see Drake star as a gang member whose girlfriend (played by Belgian model/actor Fanny Neguesha) is approached at a party by a man who offers her one million dollars to sleep with his boss (played by Nigerian, South Africa-based actor Sonni Chidiebere). Drake's “Controlla” collaborator Popcaan plays his characters co-conspirator.

The film features original music by OVO producer Noah "40" Shebib along with seven songs off VIEWS, including including “Hype,” “Weston Road Flows” and the Wizkid-featuring song of summer “One Dance.”

What’s more, Fela Kuti’s “Colonial Mentality” makes an appearance at the 13:18 mark. The afrobeat legend recorded the song for the second side of his 1977 album Sorrow Tears and Blood, whose title track he wrote as a response to the 1976 Soweto Uprising.

The film was originally scheduled to be released on 30 September, but Drizzy revealed on Sunday it would be dropping a full four days early.

You can watch the full video here. Check out a teaser for the film via Drake’s Instagram below.

#PleaseForgiveMe — A Film Inspired by The Album Views. Available now only on @applemusic.

We'll leave with you this interview of Fela speaking on the topic of colonial mentality.