Drake Is Shooting ‘One Dance’ Video in South Africa 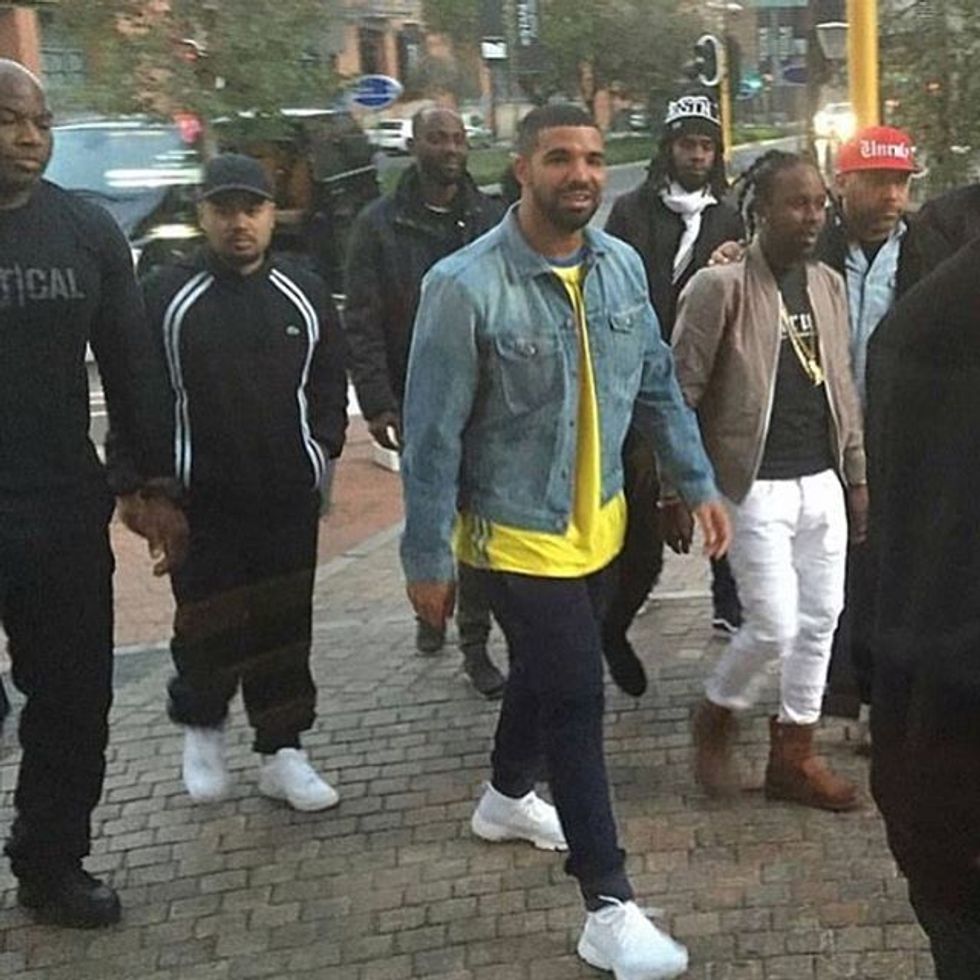 Pictures from frenzied fans confirms Drake has been visiting the Rainbow Nation.

Drake’s earworm “One Dance” featuring Kyla and Wizkid is finally getting the official video treatment in South Africa.

This comes as Drizzy broke a UK record Friday, edging out Rihanna’s “Umbrella,” for having the longest-running number one single since there was such a thing as a legal download (RIP Napster).

We suspected something has been stirring for the Champagne Papi when he posted this Instagram photo of crew, Material Culture, part of the “izikhothane” dance-battle subculture created by black youth in South Africa’s townships.

Then photos and videos started surfacing online from frenzied fans confirming the Views rapper has been visiting the Rainbow Nation.

Drake this morning with some fans on the set of "One Dance" in South Africa. pic.twitter.com/p2c8i05ePf

Apparently Drake has been making the rounds at the Melrose Arch and the Nelson Mandela Centre of Memory in Joburg, a slight detour from Soweto where he has been shooting the video.

#DrakeInSA - find out what @drake had to say the the Nelson Mandla Centre of Memory.. #Drakepic.twitter.com/p5ABMXbZ26

And it appears the Canadian rapper has mended his relationship with Popcaanof Jamaica after the dancehall artist was controversially dropped from the album-version of “Controlla.”

Once the video, directed by Anthony Mandler, hits the internet, which could be at any moment now, we’ll let you know. In the meantime, check this: