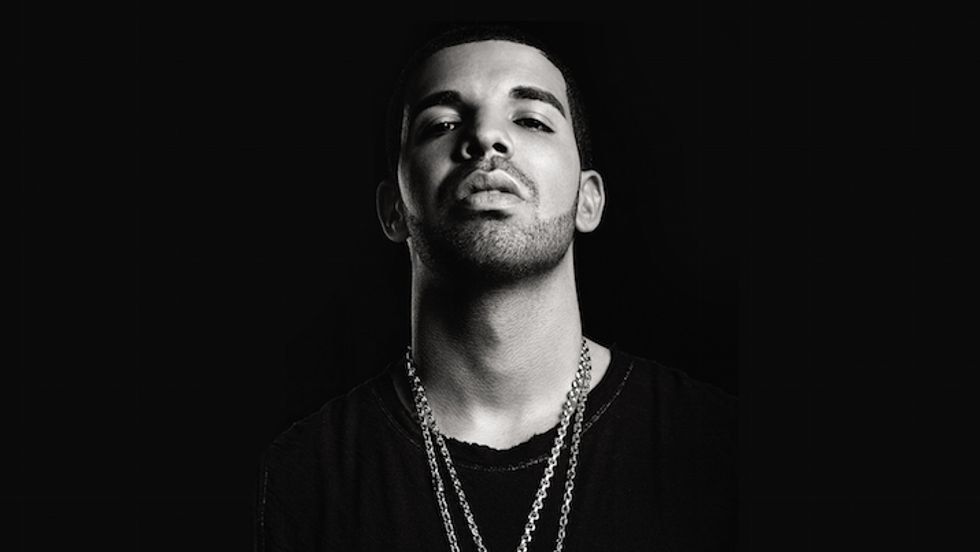 With 'VIEWS' in mind, we revisit some moments when Drake was influenced by artists and sounds from Nigeria, Somalia and their diasporas.

As you've heard by now, Drake has dropped his new 20-song album 'VIEWS.' It features contributions from Wizkid, Rihanna, Future, Noah “40” Shebib, Boi-1da, and many more. With 'VIEWS' in mind, we revisit some moments when Drake was influenced by artists and sounds from Nigeria, Somalia and their diasporas.

As a proud Torontonian, Drake’s currently (and sometimes controversially) been soaking up many cultural flavors from the city’s hugely diverse population. On songs and social media posts, the rapper’s been known flip in and out of a what sounds like a Jamaican patois accent, which is really representative of a new hybrid Toronto slang. Past Okayafrica contributor Safy-Hallan Farah explains it best:

Largely second-generation Canadians, these new artists from “the 6” showcase their various black identities within their music, exhibiting a certain cultural fluency and familiarity. Somali kids reflexively slip in and out of Jamaican Patois; everyone says “walahi,” a Somali corruption of the Arabic word walah; even Egyptian-Canadian artist Ramriddlz claims he’s “no saqajaan” (a saqajaan is the Somali equivalent of a scumbag). Black Toronto slang is a living, breathing reflection of the city’s vibrant diasporic community. (MTV)

Drake raps lines like “Know some Somalis that say we got it Wallahi” in “Draft Day.” The young Somali-Canadian rapper Top5 has gotten Instagram nods and is now shouted out on VIEWS' "Grammys" (see below)—"Hall of fame, like I'm shirt off shawty... Top5 no debating, Top5 Top5 Top5." The Somali-rooted Future the Prince has also been in Drake's team for some time as his official DJ and one-time manager.

It hasn’t all been positive though, as some of the scene’s rappers have accused Drake of stealing from them. Most notably, Mo-G—who actually gets a shout out on “Summer Sixteen—has accused Drake of taking inspiration from his rhymes and dance moves without remuneration.

Drake is a known fan of British grime collective Boy Better Know (BBK) and its co-founders, the British-born Nigerian-rooted brothers Skepta and JME. Drake and Skepta’s relationship has been well documented: Drake thanked Skepta in the liner notes of his 2015 mixtape If You’re Reading This It’s Too Late, he’s Instagrammed plenty of pictures of him big-upping BBK, his Vine recording of "Trusss Me Daddi" introduces Skepta’s “Shut Down,” he brought Skepta onstage at London Wireless, got a BBK tattoo to show his love and, since then, he’s proclaimed himself to be “the first Canadian signed to BBK.”

The first Canadian signed to BBK. Big up my brudda @skeptagram for life yeah. And my section gunners too. ?? A photo posted by champagnepapi (@champagnepapi) on Feb 24, 2016 at 3:41pm PST

It was Skepta who reportedly first played Wizkid’s “Ojuelegba” for Drake. As we’re all aware, that meeting resulted in a monster remix of the Nigerian star’s hit, which catapulted Wizkid into mainstream American and European air waves last summer.

Recently, Wizkid was featured on “One Dance,” one of the lead singles from VIEWS which has recently topped the Canadian, UK and iTunes worldwide charts. The single experiments with the ‘afrobeats’ sounds Drake explored back when he remixed “Ojuelegba,” as well as the Caribbean textures of his Rihanna collaboration “Work.” It samples samples a UK funky remix of Filipino R&B singer Kyla‘s “Do You Mind.”

Wizkid's part in that song is admittedly pretty minimal as he's only heard as a fuzzed-out refrain some of the song's bridges—something that Nigerian twitter would never let go unnoticed.

Back in late 2011, a month after the release of his sophomore album Take Care, Drake alluded to British-Nigerian rapper Sneakbo’s “Jetski Wave” mixtape and overall motto. The Canadian MC also revealed, in an online interview, that he was watching a youtube documentary on London gangs while taking a break in the studio when he got hooked on Sneakbo “rapping over dancehall beats.” Fast forward to 2014 and Drake was still feeling Sneakbo’s tunes.

In Amsterdam on a jet ski wave...word to Sneaky