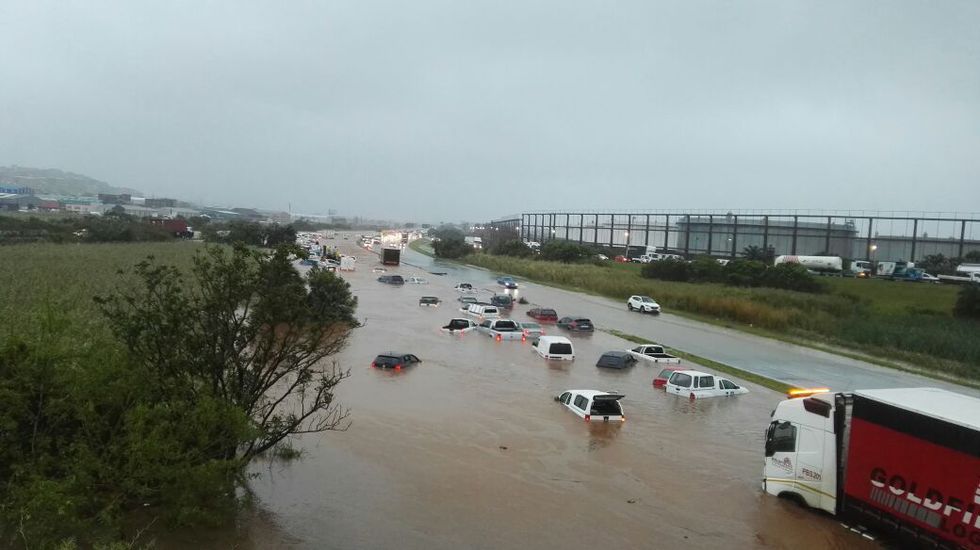 Two people have been reported dead so far.

Winds measured at 70km/h have caused havoc in Durban, leading to the closure of all roads in southern Durban. The city's municipality warned residents to stay indoors.

So far, two people have been reported dead, while many have lost their homes.

You can view some of the damage caused by the ongoing storm below.

So many have lost their livelihoods, their stalls shattered, goods drenched, or broken. Ma Beth says it all #DurbanStorm pic.twitter.com/chfsP8Oihn
— Azad Essa (@azadessa) 10 October 2017