Ebola On The Ground, Part 2: The Tacugama Chimpanzee Sanctuary 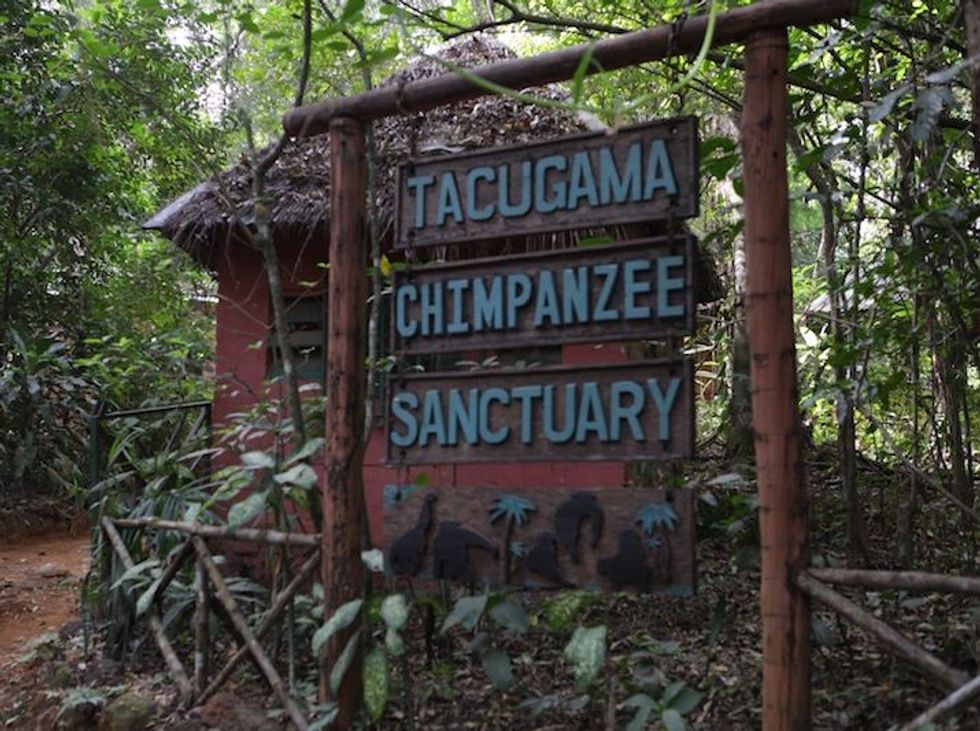 Just twenty minutes drive up into the high, rainforest-covered hills of Freetown lies one of Sierra Leone’s biggest tourist attractions, the Tacugama Chimpanzee Sanctuary, home to just shy of 100 orphaned and endangered chimpanzees. These chimps are ambassadors for the 5-6,000 that roam free in Sierra Leone’s wilds, a population under constant threat from hunters, loss of habitat—and, more recently, Ebola; the Jane Goodall Institute estimates that "when all Ebola mortality is summed together, an estimated one third of the world’s gorillas and chimpanzees have been killed by this disease." The Sanctuary’s proximity to the epicenter of the current outbreak means that the staff must take extreme precautions to protect their charges—that means not only by mandatory chlorine hand-washes and infrared temperature checks but also potentially relocation on an emergency basis if their neighborhood or village becomes a hot spot for the virus.

For the Sanctuary, though, the danger is not only that one chimp infection could decimate the chimpanzee population there, but that Sierra Leone’s outbreak has caused a near-shutdown of the entire country under the State of Emergency: markets have shortened hours of business if they’re not shuttered, schools and universities are closed across the nation, and public transportation vehicles are operating at a considerably diminished rate. Most industries, such as mining, have nearly closed down altogether; tourism has come to a screeching halt. So while the Sanctuary should be celebrating its 20-year anniversary this year, it’s now struggling to stay afloat. No visitors and eco-tourists means that there’s much less money to support staff salaries and up to 5 chimp meals a day. Field research, which brings in grant funding, has been halted due to safety concerns. Bala Amarasekaran, the Sanctuary’s founder and program director, fears that the economic damage will not be quickly turned around, “it took us ten years to wipe out the rebel war image, now it is Ebola, it will take us another ten years, so that means this is going to have a tremendous impact on tourism."

To find out more about Tacugama and to make a donation or adopt a chimpanzee(!!), check here.