The Artist is Present: Efya Is Making Afrobeats on Her Own Terms 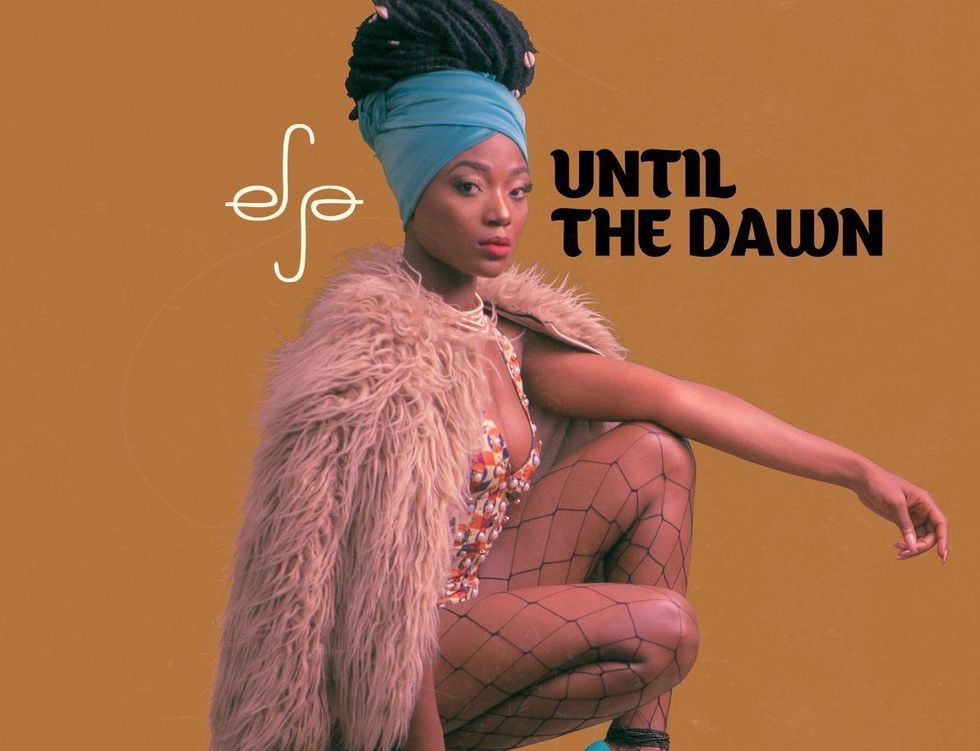 We caught up with Ghanaian star Efya ahead of her first New York City show.

The Ghanaian singer has assisted some of the biggest  names in afrobeats on some of their most memorable hits, and has carved out a name for herself as one of the genre's standout musicians.  Most recently, the singer shined on Wizkid's "Daddy Yo," but now she's focusing on her own sound and we should all be doing the same.

Efya's soulful voice and jazz-inflected artistry put her in a lane of her own within the new wave of afro fusion artists from Ghana and Nigeria. Her debut album Genesis was a vibrant introduction to her talent, and with her upcoming album, Until the Dawn, the singer promises more soul and "a lot more funk."

We got a chance to speak with Efya ahead of her first-ever show in NYC and she spoke to us about her unique sound, her past and future collaborations, and how's she's preparing for "Efya time."

OkayAfrica: What are you up to in New York City?

Efya: I came here to perform at a show. I'm working on some new music, we have some producers here, and DJ Tunez and my PR had me doing stuff with the guys like photo shoots. We shot a video for the last single, "Love," that I released for Valentine's Day. You know, preparations. There's always a next project we're working on.

OkayAfrica: And the next project for you is a new album?

OkayAfrica: Is the sound evolving?

#PressPlay. Ghanaian singer @efya_nokturnal dropped by our offices and we got her to do the #maskoffchallenge. It was lit! 🔥🔥🔥 #XOkayAfrica

OkayAfrica: What producers are you working with?

Efya: We're doing a lot of stuff with Maleek Berry, it's a very different sound. Also, with Del'B and DJ Tunez, as I said earlier.

OkayAfrica: You just got signed to Starboy last year. How did that come about?

Efya: Wizkid and I have been friendly for a long time so I think it was just about You know, it was a timing thing. We have so much music together and it made sense to be on the same team. It was meant to happen. Work-wise, we work really well together and as you can see on "Daddy Yo" we had a lot of fun.

OkayAfrica: Congrats on "Daddy Yo." How did that collaboration come about?

Efya: I mean, every time I'm asked that question, I say we were in the studio and we were just vibing and that's how it was, you know. We had come across a lot of different kind of sounds and I wanted to try something different. That was the first time that I tried anything in that genre and I'm glad we did it.

OkayAfrica: There's been this explosion of afrobeats recently. How do you feel about the term "afrobeats"?

Efya: I know, right. I always wonder about it and I don't know who coined it up because the sounds are so different depending on where you're coming from and the language you're using, but I think most of it is because of the drums.

Efya: Yes, because there's this thing about African sound where you hear it, wherever you hear it you know that's African. Mostly because of the drums. No matter where you send it to, now they're even mixing afro-beat with techno and that's awesome.

OkayAfrica: Would you call yourself an "afrobeats" artist?

Efya: Would I? I mean I do make afrobeats music, but I think, very soulfully. So what does that make me? An afrobeats soulful person? You know the kind of music we're making depends on the kind of vibe that we're on also. I would definitely say that I'm a singer but I don't mind mixing it with the genre because I'll just be singing, I'll be scattering on jazz. It's not something that I can resist. This is who I am.

OkayAfrica: So you're going to LA soon to record with Wizkid, right? Can you say anything about that, what are you guys recording?

Efya: You know, he's about to drop a very amazing mixtape which I've got some features on, so you know, just brushing things up.

OkayAfrica: So you feature on more than "Daddy Yo"?

OkayAfrica: How many other tracks are you on?

Efya: I can't say. But you're going to love it. It's a very different vibe but you know, music is music. It's magical, especially as it grows and as it changes, so I believe that that's a great thing.

OkayAfrica: Can you tell me about afrobeat nights with DJ Tunez? How did that concept come about?

Efya: I mean, since we officially became Starboy, Tunez and I have been working together on a lot of music because he has a very musical instinct when it comes to the kind of sound that I want to create now. He does afrobeat nights in New York and he was like, "we should just do a session,” and I was like, "yeah, just get a band together." I've wanted to do a live show in New York for a while and I think it’s the right time. We've been doing a lot of shows here in there for the past year. I did a show at Barclays and at Houston's Toyota Center too, so I think it's a great time to actually get a set together, play for 45 minutes.

OkayAfrica: Finally, what can people expect from an Efya show?

We'll have an Efya time.