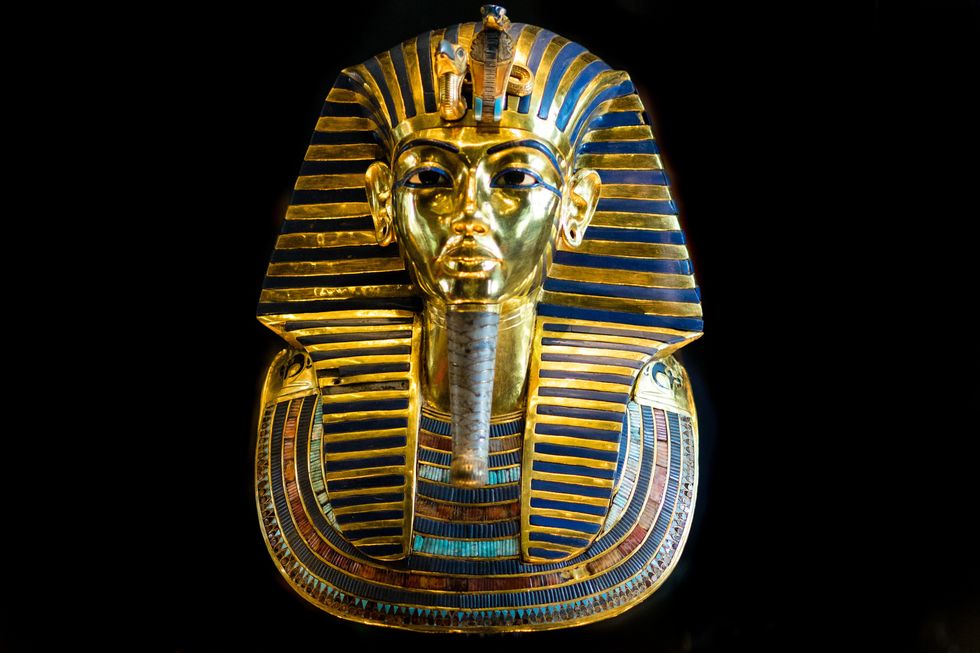 The famous burial mask of King Tutankhamun on display at the Egyptian Museum in Cairo, Egypt. Photo by Mark Fischer via Flickr.

"Once again, we will not be negligent or allow anybody to sell any Egyptian artifact whatsoever," says the Egyptian embassy.

The Egyptian government is working to prevent the sale of a 3,000 year old statue that is set to go up for auction next month in London, reports BBC Africa.

The ancient statue, which is 11-inches high and features the image of Pharaoh Tutankhamun (popularly known as King Tut), is set to be sold by Christie's Auction House in London on July 4, but Egypt's Ministry of Antiquities as well as the Egyptian Embassy in London have appealed to the auction house as well as to UNESCO, demanding that the sale be cancelled. It is estimated that the statue, known as the "Amen Head," could sell for up to $5.1 million.

Egypt has also asked that Christie's provide documentation to prove rightful ownership of the statue, as many Egyptian cultural relics were stolen from the country during the colonial era.

The Egyptian embassy has asked the UK Foreign Office oversee the return of the statue. "If it's proven that any piece has been illegally moved out of the country, we will take legal action with the Interpol," said an embassy spokesperson. "We will never allow anyone to sell any ancient Egyptian artifact."

Christie's auction house, however, has claimed legal ownership of the bust, writing in a statement that it was acquired from Munich-based dealer Heinz Herzer in 1985. "We would not offer for sale any object where there was concern over ownership or export," said the auction house in a statement according to CNN. "Christie's strictly adheres to bilateral treaties and international laws with respect to cultural property and patrimony."

This is the latest in Egypt's plan to regain all of its stolen artifacts. Countries such as Senegal, Benin and Ethiopia have made similar appeals for full art restitution from Western countries.

In January, a cartouche of King Amenhotep I was returned to Egypt after it was tracked down online and stopped from going on auction in London.

For more on the topic of African art repatriation, read our recent interview with curator and cultural anthropologist Niama Safia Sandyabout the future of art restitution on the continent and what it would take to bring African artifacts back home for good.