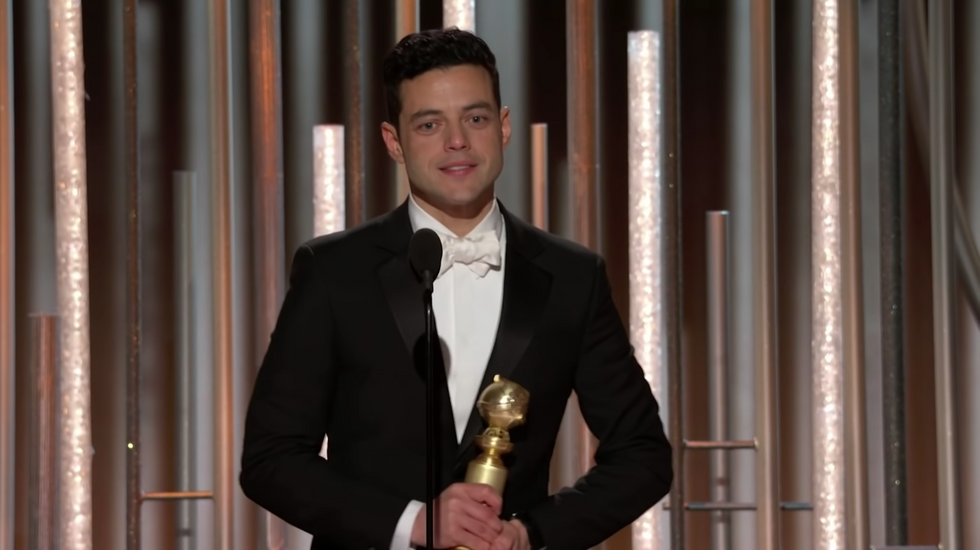 He's the second actor of Egyptian origin to snag the award for Best Actor in a Drama—this time for his role as Freddie Mercury in 'Bohemian Rhapsody.'

Three time's a charm forRami Malek as he makes history once again during awards season.

The Egyptian-American actor finally snagged his first Golden Globe after three nominations for Best Actor in a Drama for his star role as Queen's Freddie Mercury inBohemian Rhapsody, Deadlinereports.

This makes Malek, 37, the second actor of Egyptian origin to win this award after Omar Sharif, who won for his role as Yuri Zhivago in Doctor Zhivago in 1965. Malek is also the first actor of color to take this trophy home in 13 years since Forest Whitaker's win for his role as Idi Amin in The Last King of Scotland back in 2006.

Revisit his heartfelt acceptance speech below.