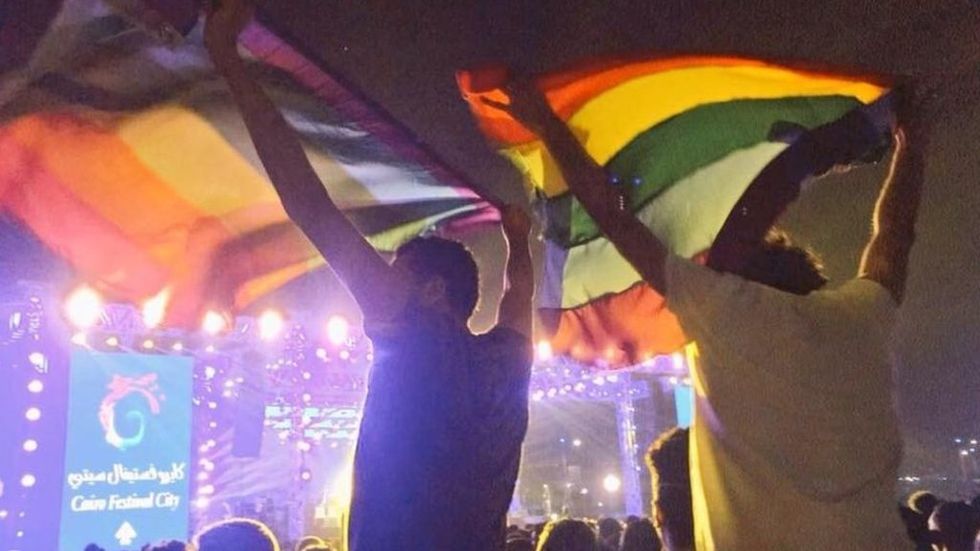 The Egyptian government has detained a total of 32 men and one woman in the past four days in what Amnesty International is calling "a campaign against LGBT people."

The arrests come after several people raised rainbow flags during a concert in Cairo last month by Lebanese band Mashrou' Leila, a group which is fronted by an openly gay lead singer.

The flag-raising caused an uproar in the country, and three days later Public Prosecutor Nabil Sadek, launched an investigation into the incident stating that it "incited homosexuality."

Six men who were tied to the flag-raising incident stood trial on Sunday along with 10 other men who were arrested the week before. A verdict is set to be reached on October 29. One woman has been charged with "sexual deviancy."

"This is the worst crackdown against people based on their perceived sexual orientation since the mass arrests of 52 people following a raid on the Queen Boat, a floating nightclub on the Nile, in 2001."

Though homosexuality is not explicitly illegal in the country, but people suspected of being part of the LGBTQ community are often prosecuted under veiled charges such as "debauchery", "immorality" or "blasphemy," reports BBC Africa.