Egyptian Singer, Shyma, Has Been Sentenced To 2 Years In Prison For "Inciting Debauchery" In Video 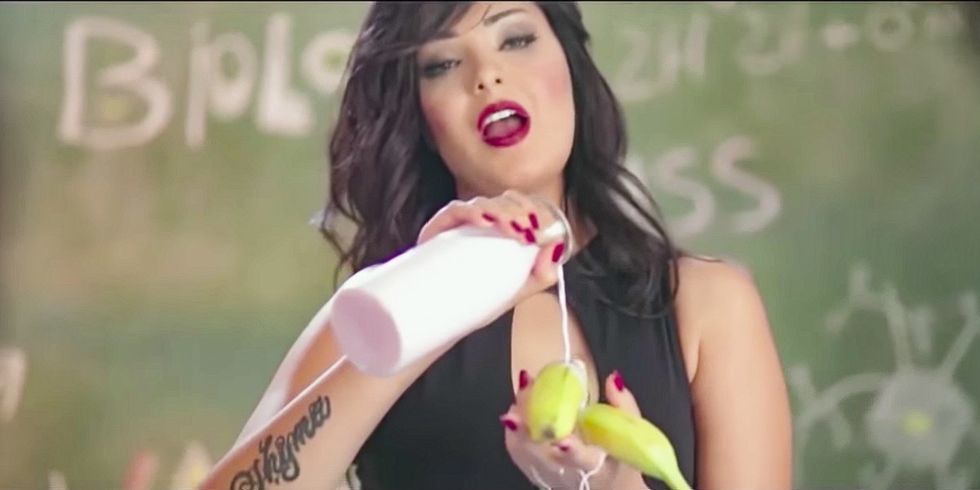 Shyma has been found guilty of "inciting debauchery" for her music video "I Have Issues."

Egyptian pop singer, Shyma, will serve two years in prison, after being found guilty of "inciting debauchery," with the release of her music video "I Have Issues."

Following the video, which has now been removed from YouTube, and shows the singer dancing sensually in her underwear while eating an apple and banana "suggestively," The 25-year-old singer posted an apology on a now deactivated Facebook Page in response to the public outcry it fueled.

Here's a short clip from the video:

"I apologize to all the people who saw the clip and were upset by it and took it in an inappropriate way," she wrote. "I didn't imagine all this would happen and that I would be subjected to such a strong attack from everyone, as a young singer... who has dreamt from a young age of being a singer."

The music video's producer was also sentenced to two years in prison.

It seems as though this type of ill-considered wielding of moral law has reached new depths in Egypt as of late.

Last month, Egyptian television host,Doaa Salah, was sentenced to three years, for the same offense after she reportedly "encouraged single motherhood" on her show.

According to BBC Africa, another Egyptian singer, Sherine Abdel Wahab, is facing trial for supposedly "spreading provocative publicity," and has been banned from performing in the country for two months after suggesting that drinking form The Nile could cause illness, at a concert last year.

Egyptian singer sentenced to two years in prison because she ate a banana and it made clerics feel funny https://t.co/QyrwdFLIOR
— Justin D. Martin (@Justin D. Martin) 1513177885.0