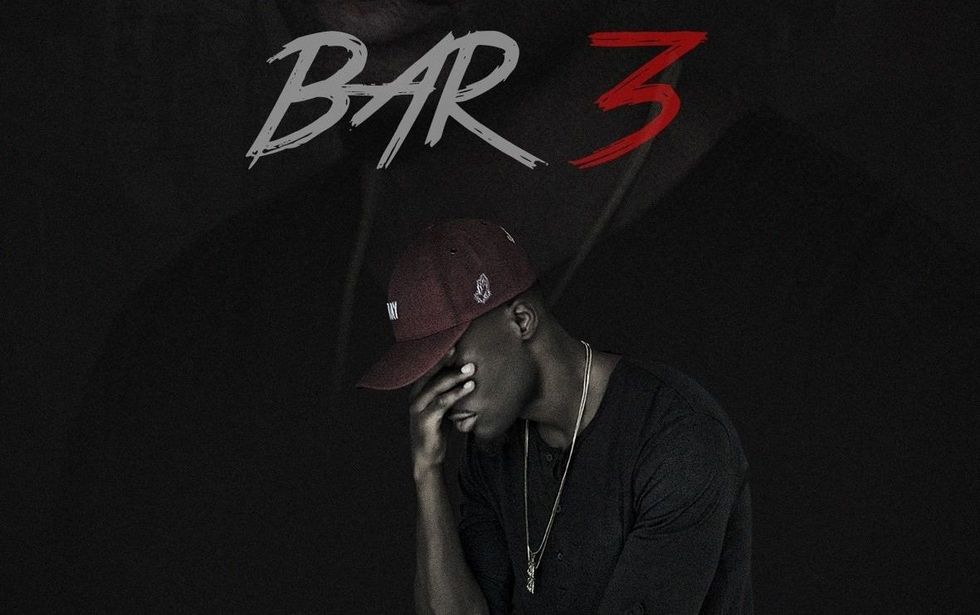 An interview with celebrated rapper and producer EL, who won Artiste of the Year, Producer of the Year and Best Music Video of the Year at last year's Ghana Music Awards.

EL strolls into the OkayAfrica offices on a cold winter morning rocking a wide brim hat, camo pants and a 'Slayer' tee-shirt.

The celebrated Ghanaian rapper and producer—who won Artiste of the Year, Producer of the Year and Best Music Video of the Year at last year's Ghana Music Awards—is in the greater New York City area to work on music and cement his future releases.

EL, who heralded the global azonto music craze of the early 2010s with his production on tracks like "U Go Kill Me" and "Obuu Mo," had a big year in 2016 with the release of his second album Elom and the Best African Rapper (B.A.R.) 3 mixtape.

We caught up with him to see what he's got going on for 2017 and more.

What brings you to the United States?

EL: I'm out here to try and further the afrobeats agenda. Trying to make a few contacts here so as to strengthen ties between the Western world and West Africa, and Africa in general, in terms of the music that we make. I'm trying to solidify a place for artists who are trying to break through the diaspora to the world as a whole.

Are you working on new music here?

What are the influences on that new sound?

Well, the influences from that new sound are the big sounds, both from West Africa, Africa as a whole, and big sounds from the United States as a whole. I'm trying to merge those two sounds together, because I'm a hip-hop artist and hip-hop is predominantly from the West, in my opinion. Or rather, it's not from the west but it's been shaped a lot by Western influences. So, I'm trying to make sure that we get that consolidation of the two sides, and that balance going.

Some of your songs became anthems for Ghana's Azonto dance craze of the early 2010s. If you had to say, where is Azonto right now in 2017?

So you blame the Ghanaian music industry?

I think the music industry in Ghana played a big role in not helping the art forms, the music and basically just helping art grow. The industry is still budding, it's still growing but the pace is the problem and there's no infrastructure to help upcoming artists.

Ghanaians killed Azonto because we didn't know how powerful it was...Talk about highlife, talk about hip-life, Azonto music went the furthest in terms of music from Ghana.

What does the term afrobeats mean to you?

Well, afrobeats was coined by the late, great Fela Kuti and the like. One thing about music is that it's evolved a lot. It changes and different elements are ripped away and other elements are added to it and it's evolved into something else but the name basically stays the same.

It's an invisible transformation most of the time and it's grown into this sound that today we call afrobeats. And we accept it because we don't know what else to call it. (Laughs) Some people have come up to give it a name by themselves because they realize that it's metamorphasized to something totally different. But I think afrobeats is just a type of rhythm, first of all, and it originates mainly from West Africa. People have called it afropop, afro-fusion, different types of things, but still afrobeats.

Do you call your music afrobeats?

Oh, yeah. I am part of the afrobeats pool and I think it's understood by most people. When you say afrobeats today they know exactly what to expect or they have a general field of expectation for what they're going to hear. So I'm definitely in that afrobeats pool. Maybe one day I'll evolve into a point where it's gonna be called something else. You never know.

It keeps changing. I remember when Davido dropped "Dami Duro," you hadn't heard anything like that before. It was very different but it was still afrobeats and from there it evolved into something even more different. The name stays the same but it keeps evolving.

Going back to your new music, who are you working with? Are there artists that you're featuring?

I've been thinking about it for a very long time. I'm not a very big feature artist. I produce most of my stuff and by the time I realize it, I've made the beat and recorded three verses I am like "Oops, damn, I could've put this guy on here but it's so good, let me just keep it." And that's the cycle.

There's so much talent coming from Ghana that the world has to experience. So, let's give it a chance and see how far we can take it.

Are there budding Ghanaian artists that people should be looking out for?

There's Medikal, there's Ko-Jo Cue, A.I, Worlasi. There's so many more, watch out for them.

I'm just out here. I'm in Newark, I'm in New York City, I'm in Ohio, I'm in Washington, running around trying to make sure that those who come after EL and EL's contemporaries don't have a hard time making sure that their music is appreciated and felt. And so that they're given a chance on a global scale, because there's so much talent coming from Ghana. I can't speak for other African countries but from where I'm from there's so much talent that I think the world has to experience. So, let's give it a chance and see how far we can take it.