#ElaniSpeaks: Why Is This Popular Kenyan Band Calling Out Music Industry Corruption? 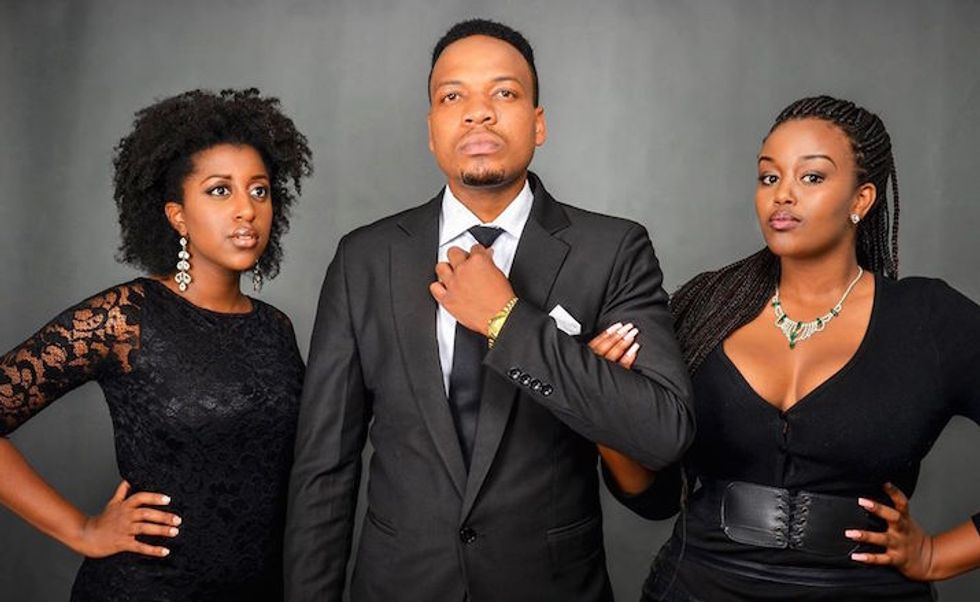 Why did one of Kenya's biggest acts go totally silent in the span of a few months? Elani speaks out against corruption in the music industry

Why did one of the biggest musical acts to hit Kenya go totally silent in the span of a few months? The answer might hold implications for one of the most powerful music industry players on the continent.

In 2014, Kenyan afropop act Elani went from relative anonymity to becoming one of the most popular bands in Kenya. But after their breakthrough year, the Channel O Award-nominated trio hit a standstill in 2015.

With the new year upon us, Elani’s voice is as loud as ever. This time, though, they’re using their platform to speak out on corruption in Kenya’s music industry. Kenyan musicians and social commentators on Twitter have been fast to show their support, rallying around the hashtag #ElaniSpeaks.

In full support of @elanimuziki #ElaniSpeaks its about time we get paid our needed amount in royalties. — WANGECHI (@wangechikenya) January 13, 2016

In a video the group shared on Tuesday, band members Bryan Chweya, Maureen Kunga and Wambui Ngugi explain where they’ve been the past year. Their storybook 2014 it seems ended with the band millions of shillings in debt. “It was heartbreaking for us, because this is the thing that we love to do. And we still love to do. And we were hoping that at that moment, it would show us some love back.”

And though they were eventually able to clear that debt later on in 2015, the band says the ordeal made them realize a bigger problem.

“Music is a job like any other job. And from any other job, you’re entitled to a certain amount of compensation or salary. So for artists, the way it works for musicians, we write a song. We release that song. And from the song, from the airplay it gets, we get royalties. The Music Copyright Society of Kenya is mandated with collecting, and making sure that they distribute the compensation of the monies going to the artists, after a certain period, like let’s say a year.”

Like a number of Kenyan artists, Elani are signed under the Music Copyright Society of Kenya (MCSK). The music from their successful 2014 was registered under this MCSK system. This is where the problem arises they say. The check they received for 31,000 Shillings ($302.83)–the presumed value of a year’s worth of radio play for the successful band–didn’t make much sense to them. “We questioned the amount, I think only because we happened to be in debt,” the band admits. “If we weren’t in debt at the time, I’m not sure that this would have come up. But we realized that there was something wrong. This didn’t seem right. It didn’t seem like the amount of money we’re supposed to receive, especially seeing as 2014 was such a good year for Elani.”

They went to MCSK’s offices asking for answers. MCSK blamed it on Kenya’s radio stations. Elani called the stations up themselves to do some fact-checking. Their findings came back suspicious for MCSK.

“If everyone gives this money into MCSK, why isn’t any money coming out? Where is it? Where did it go?” they wanted to know.

A few days later, Chweya got a call from MCSK with a compensation of 300,000 shillings.

“That’s when we realized, there’s a problem. If what it takes for me to get ten times the amount of money that you gave me, is for me to scare you in an office. And if 300,000 is what you’re giving me after five days, tell me, how much is available?”

They wondered about the implications for other Kenyan musicians who don’t necessarily know to go knocking on MCSK’s doors. “If Elani deserves 300k, and all they’re getting is 30, how many artists are there who deserve ten times the means that they received? Only because they didn’t come and ask. And that’s the problem that we had.”

The group put MCSK’s practices in simpler terms: “Any creative work that I do. Any creative work that I go ahead to register, I should then be entitled to receive money for that work. If I have created it, any revenue generated from me should come back to me as creator. What MCSK is done has collected money, and then from what we can see, found a way to shift and dodge from paying out the artist. And now we’re calling it out.”

For their part, Elani says they’re happy to be transparent. “You can open our books. You can open it to the world. Let them know how many times our song on played on X radio, on Y radio. Please.”

“What we need more than anything is transparency and accountability on the part of MCSK to show us, because you’re mandated, as an organization mandated to protect our right that I am entitled to.”

They also have a message for their fellow musicians: “Any artist who has their work corporated, just know that you have a right to go and ask for a compensation.”

“Enough is enough. We are tired. We feed off music. We live off music. And it is the only way for us.”