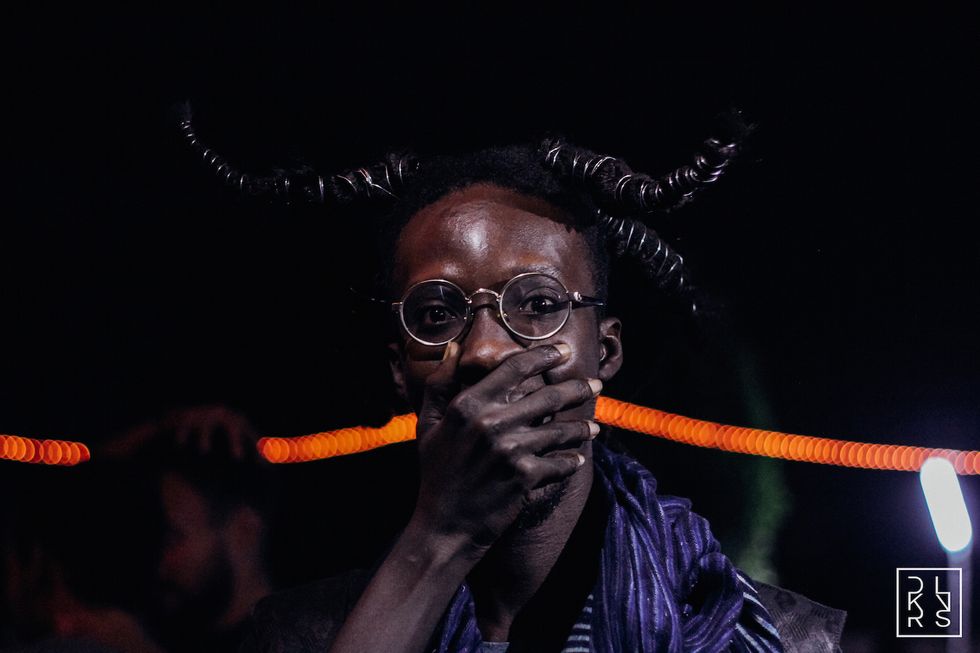 Okayafrica touched down in Senegal last month and teamed up with the Dakar-based art center/collective Les Petites Pierres and the Sisi La Famille crew for a special two-day Dakar edition of Electrafriqe.

Our weekend kicked off at Cunimb, a former concert hall belonging to the Senegalese Air Force and a regular spot back in the day for legendary bands such as Orchestra Baobab. Inside the venue, Everyday People‘s DJ Moma, all the way from New York City, and Okayafrica fam and Electrafrique founder DJ Cortega, freshly relocated to Dakar, led a high-energy dance party that also featured sets by the Dakar-based DJ Psyle and Fat Baker. Outside, Siaka Soppo Traoré operated an interactive photo studio (more on that on the next page).

Sunday, Everyday Afrique made its Dakar debut with a brunch at Les Petites Pierres.

Go inside Electrafrique Dakar with DJ Cortega and DJ Moma in a new video directed by Loic Hoquet. Follow our friends from @DakarLives for more photos from the weekend.