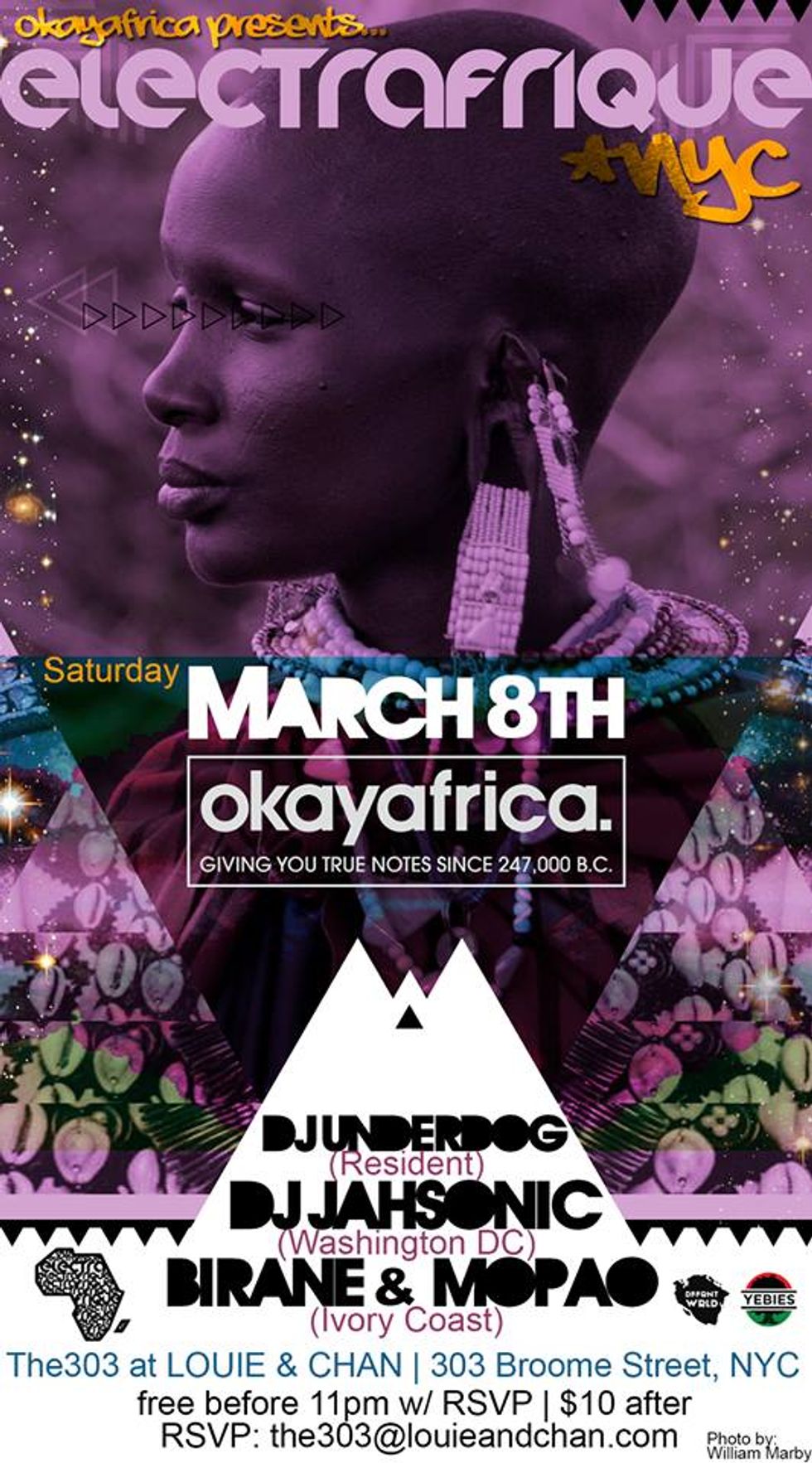 This year we've teamed up with Nairobi's Electrafrique to introduce New York's new monthly dance party. Electrafrique NYC returns this Saturday, March 8th, with special guests Jahsonic (DC) and Birane and Mopao (Ivory Coast), along with resident behind the decks DJ Underdog (DC)! The party is hosted in one of New York’s newest clubs: The303 at Louie And Chan, a little gem with an intimate feel, a wooden dancefloor and a state-of-the-art sound system, right in the heart of the Lower East Side. Scroll on for the details and get warmed up with Underdog's classic Africa In Your Earbuds Mixtape.

DJ Birane & Mopao have been associated with some of the major West African acts hitting the US shores, opening for masters the likes of Fally Ipupa and Serge Beynaud. The NYC-based Ivorian duo are known to deliver a high energy DJ & Atalakou set.

Jahsonic is one of the DC area's most respected DJs. A musical encyclopedia, he's known to bring new gems to the dancefloor, notably at his weekly residency at Marvin's, "The Main Ingredient."

DJ Underdog has been been one of the main Apostles of the Afro-futuristic sound in Washington, DC, and of course the resident behind the decks at our monthly #OKAYAFRICADC parties. His “Afrobeat For Your Soul” monthly has acquired legendary status.

In the lead-up to Saturday, Electrafrique mastermind DJ Cortega has unveiled a new hour-long mix of 70s/80s tropical disco and funk grooves. Listen to Cortega's "Discotropiques" below.