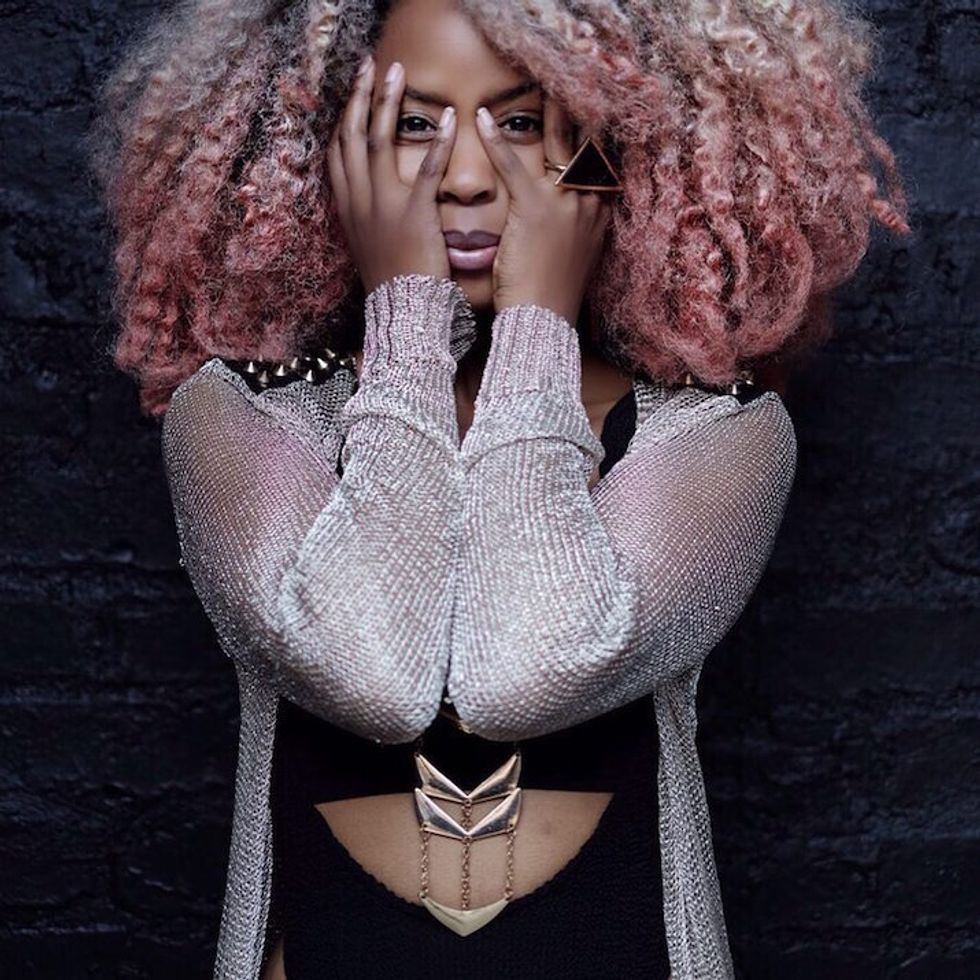 Soweto-born singer and songwriter Elo recently came out with her first single "Stare," a promising and nostalgic statement about self-acceptance built on a pumping bass progression and shimmering guitar lines. "['Stare']... reminds me of myself when I was carefree, sometimes reckless yet still choosing and loving myself," she explains. The electro-pop track is carried by the newcomer singer's hazy R&B-influenced delivery and production work from BLK JKS drummer Tshepang Ramoba, who will be releasing Elo's 6-track debut EP Elogram through his company Post Post — a newly revamped Johannesburg-based music agency. Ahead of the release, we spoke with Elo about the influences on the EP, her start in music and working with Ramoba. Read ahead for the interview and download Elo's "Stare" below.

Okayafrica: How did you get started writing music?

Elo: I started composing in late primary school with fellow classmates. We were a group of 5 and 4 of us loved being in the school choir. We loved singing and we sang all the time even in class. We started picking melodies and harmonic arrangements from the songs we liked and rewrote the lyrics... soon after we'd rearrange and add 5th harmonies to what was a 3-part and we played and played till I was confident to write on my own or even a make loud originally composed noise (according to my sister) in the bath (and I took long baths).

OKA: What are the influences behind the upcoming Elogram EP?

E: I still remember R&B from the 90s when each individual had their distinct vocal approach and that still inspires me, so does Bjork and Rihanna. I'm also inspired by people and life. How to better myself and how to share that. I'm also inspired by my producer Tshepang Rambo. Without his touch I'm afraid I would be irrelevant or still stuck in my 90s rather than having a rejuvenated sound that is also internationally influenced. I didn't know how to be current and fresh without only perusing my love for rock 'n' roll, considering the market in my county isn't entirely into it. And I watch The Voice a lot. The talent on that show...?! It's just amaze balls.

OKA: Can you tell us about the background of "Stare"? What's the song about?

E: I struggle with being the person who always wants to cushion people's emotions and it's from me being the last born in my family watching the struggle my parents had raising 3 kids and not knowing what to do. See, my mother is a nurse and it was much harder for her since my father had no job [and], at the same [time], he had his personal struggles because as girls we had times when we became unruly and that probably hit him hard even when it was 10 years after his first born (only) son had died from drugs as a teen. I felt so obligated to manage my emotions and see how I could make life better for them. It was hard because I didn't learn or let myself know how to express myself with people unless I'm on stage.

When I got into music college I met [a friend] Lara Thomas who was in my lecture and was studying therapy. She led me to the place where I can free myself and just exist as myself. However, between now and then, my struggle still exists. "Stare" is a song that reminds me of myself when I was carefree, sometimes reckless yet still choosing and loving myself. So this song takes me to a place where I watch that me and deeply want to reacquaint myself, while the current me still is in this pit of being the good person towards others.

OKA: What was the process like working with Tshepang Ramoba on these songs? Tell us about the songwriting sessions.

E: I've been always gone to a producer. [I] take a beat I like... even if [it's] incomplete, and sit with it until I mumble a melody which at times comes immediately during the first listen, to which I add lyrics and adjust as we go along in or out of the studio. Tshepang is so talented it's crazy and I'm always grateful for meeting him and for him believing in me. He has such uniqueness in his composing/producing and he always says he works with what I give him (best ego rub). That makes each project mean 'us' rather than just 'me,' and he's allowed me to meet and work with people around him like Honey Makwakwa and Moonchild. They are my team and my success is theirs. I don't really care if it works the other way.