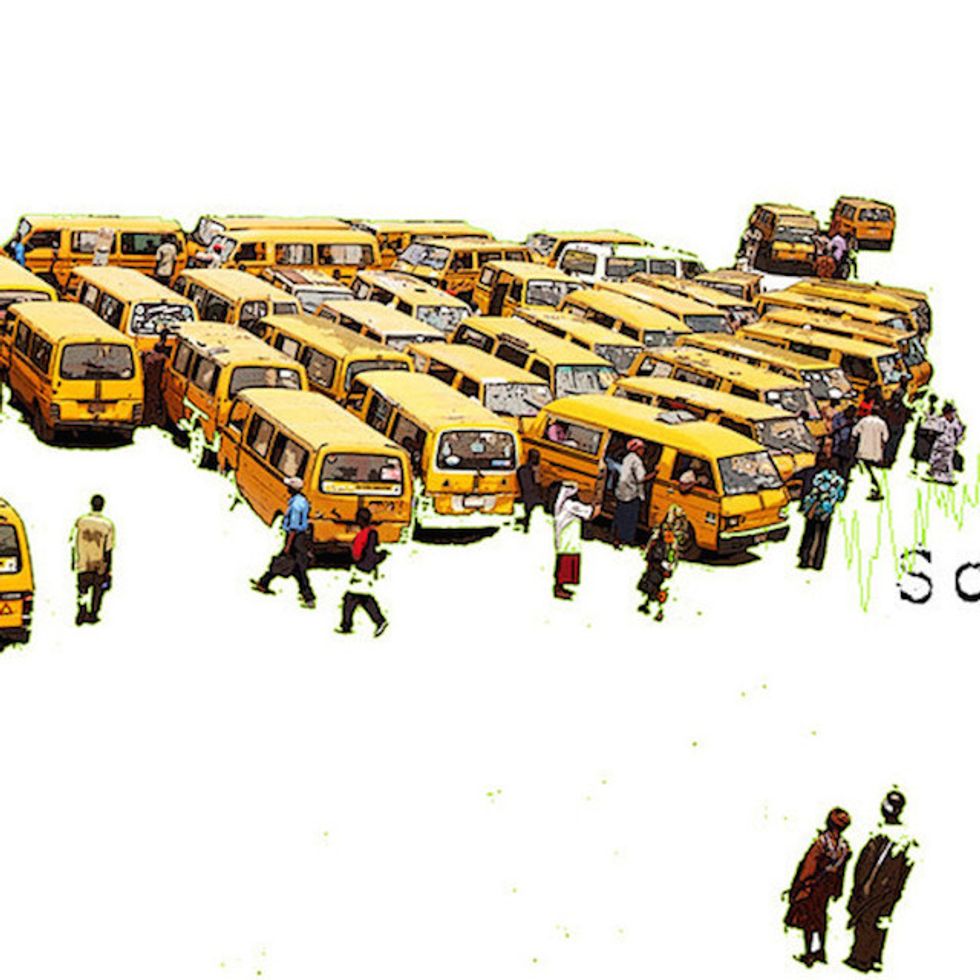 What happens when one stops thinking of the random echoes, honks and yells that build the soundscape of a city as being forgettable background noise and, instead, redefines them as important narrations that deserve to be listened to. What insight would that conceptual shift bring? Nigerian sound artist Emeka Ogboh has been concerned with questions of listening and hearing, and the audible expressions that fill and characterize cities for a few years now. Concentrating most of his work in Lagos, Obgoh records the soundscapes of the bustling Nigerian metropolis acquiring a collection of sounds rich with sociopolitical complexity.

Ogboh’s interest in exploring Lagos through the chorus of sounds that fill the city came while taking a media class on the audible spectrum taught by Austrian multimedia artist Harald Scherz at the 2008 Fayoum Winter Academy. The class transformed the way Ogboh engaged with Lagos enabling the artist to hear a multitude of metropolitan compositions floating throughout the city instead of isolated noises. The danfo bus drivers yells and cries stopped being simply ploys to fill a vehicle but became vocal mappings of Lagos, the shouts, hollers and laughs that filled market places became sonic examples of the diverse socio-economic make-up of the city. Even the recorded uproar that came when the power cut off while Nigeria played in the 2014 FIFA World Cup shifted from being simply an angered ruckus to becoming honest commentary on the government’s provision of resources.

For the past six years Ogboh has been bringing the audible eccentricities of his city to museum exhibitions around the world. His most recent project The Ambivalence of 1960 is being showcased at the Casino Luxemburg as part of the museum's exhibition Hlysnan: The Notion and Politics of Listening, which brings artists from around the world together to present pieces dealing with the intersection of active listening and the sociopolitical realities of our world today.

Ogboh’s The Ambivalence of 1960 is a six-minute collage of audio excerpts from archived speeches given by prominent individuals during Nigeria's 1960 independence celebrations. The audio splices together remarks by Dr. Nnamdi Azikiwe (the first president of Nigeria), Sir Abubakar Tafawa Balewa (the prime minister of Nigeria) and Princess Alexandra of Kent (the representative of the Queen of England) as they speak of their hopes for Nigeria on the eve of the country breaking free from its colonial chains. Producing a type of sonic haunting from the past, the crackled voices that play in Ogboh's piece hold hopes and dreams that bear chilling relevance to sociopolitical issues present in Nigeria today — such as religious tolerance uniting its diverse population, the economic development of the country, and questions of human rights and individual freedom. By creating The Ambivalence of 1960, Ogboh contrasts the grand aspirations from Nigeria's past with the failings of the present, producing a powerful reminder of a reality that still needs fighting for.

Listen to The Ambivalence of 1960 in full above and watch a clip in which Emeka Ogboh speaks about his recent showcase below. Check out Ogboh’s Lagos Soundscapes soundcloud page for more sounds of the city.