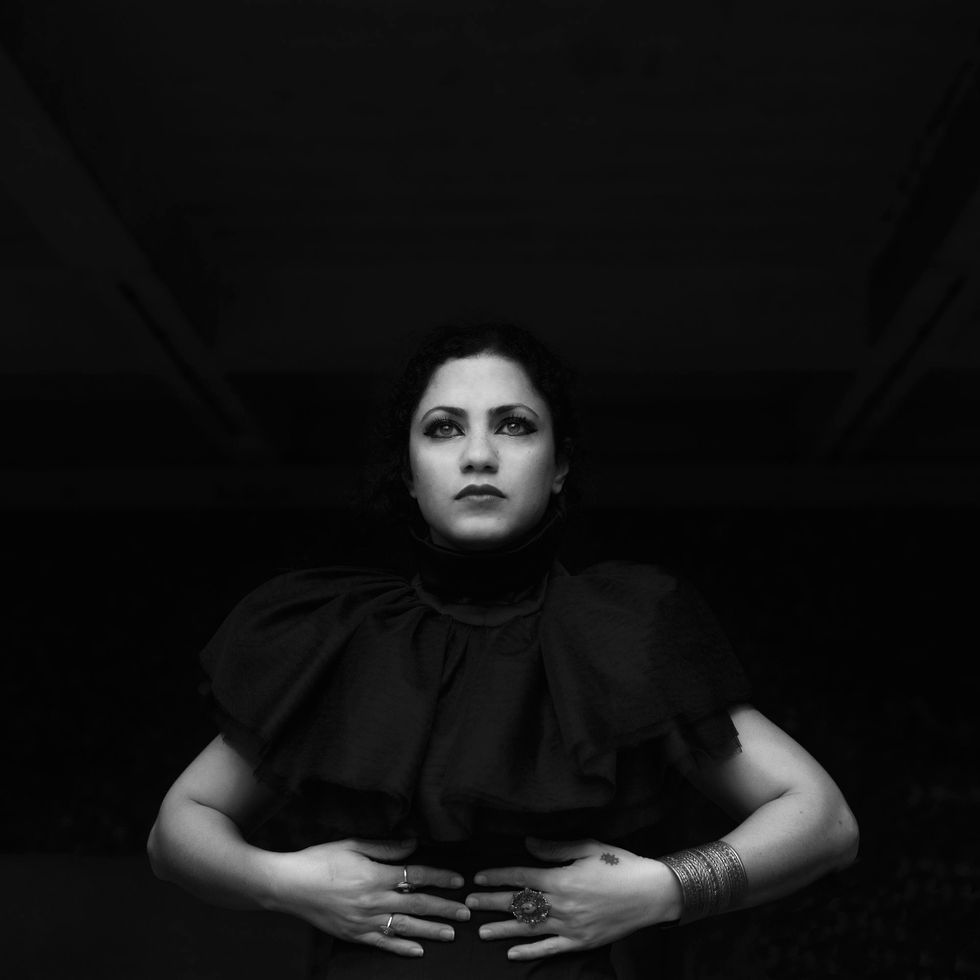 Emel Mathlouthi, whose songs became anthems for the Tunisian revolution, tells us her favorite things about her home country.

In our “10 Things I Love"series we ask our favorite musicians, artists & personalities to tell us what they like the most about their home country.

In this latest installment, celebrated Tunisian singer/songwriter Emel Mathlouthi tells us her favorite things about her home country.

Emel's songs are created out of a hypnotizing blend of Tunisian rhythms and electronic beats. Some of her most popular compositions, like "Ya Tounes Ya Meskina" and "Kelmti Horra," became anthems for the Tunisian revolution.

Make sure to keep an eye out for Emel's upcoming album 'Ensen,' which is available for pre-order now in digital form on iTunes and CD/LP from Partisan Records.

In Tunisia the sea is a big part of the country. We have a very long coastline, so many people grew up by or near the sea. I remember when I was in university, when we were overwhelmed, we would sneak out and go sunbathing in the port of Sidi Bousaid in Tunis—it was priceless. Since I was little I haven't spent one summer away from the sea, and not just any sea: the Mediterranean. It has the most incredible water. For me that's my essence, my soulmate, my sanity, my perpetual rebirth. I can't live without it.

She's 85 but I've rarely seen somebody that energetic, generous and hilarious. She's got an incredible sense of humour and can make fun of anyone. Her sister is very close to her, so we call her aunty just like my mom and her sisters do. Characters like these ladies are treasures, I wish I could see them more.

I love holiday celebrations and traditions at my grandma's huge house. The big meals that she cooks to anyone who's over, all the homemade grains, olive oil and spices that she still makes herself and that I now travel with—to New York!

It's a part of me that makes me so proud of who I am, in contrast of how well I can adapt in completely different societies, I still cherish connecting with that deeply authentic part of mine.

My parents worked so hard all of their life so that, now that they're retired, they could enjoy a second home by the sea. They bought the land when I was born and spent 15 years untouched. Then, when I was 15, we spent our first summer there in a basic floor, windowless and doorless but right by the sea.

15 years later, the house has made much progress and it just has been the most peaceful little piece of haven to me ever since. At night, we can see the brightest and most magical stars. We can still swim in October and the waters are incredibly clear and turquoise.

The air and the sky

I remember mornings when I used to walk from my home to high school. No matter what was on my mind after waking up early, I always got a deep satisfaction when I looked at how blue and wide the sky was. It always reminded me, that no matter what, there's that beauty and “grandeur" that will always inspire me and watch over me and that there will always be a tomorrow where everything starts fresh. You can get that feeling in the song that closes my new album, “Fi Kola Yawmen."

This is a super traditional part of the visit. I remember I used to hate it when I was a kid, moms used to take the kids especially the girls, but also the little boys, to the hammam for practical reasons. It's much bigger and agreeable than a tiny apartment bathroom where you could wash away all the week's toxicities.

But it was just so suffocating for me as a child. Now I crave for it, it's such a purifying experience and, even, very spiritual somehow. I love that old smell of humidity and the very raw and not fashionable organic soap you use to get rid of your old skin.

I still don't get to perform in my country as often as I would like to. I love traveling with my music across the world but the feeling I get when I play at home—especially after my music got so popular after the revolution and even more after the Nobel Peace Prize participation—is unique.

I get so anxious that my heart could stop from stage fear, like I never do anywhere else, before playing a show in Tunisia. There's, of course, the excitement of being totally understood and sharing my writings but the big excitement is that my audience is very young, which I'm sometimes deprived of in Europe or the States. And that youth is just craving for new sound mixtures and soundscape experimentations, so it's extremely rewarding to me as an artist.

I get so emotional just thinking about it. I'm preparing a big come back this year, it's been almost five years that I haven't sang in my hometown or anywhere in Tunisia. With the new album coming out, it's about time.

My first love: the theatre

Theatre has always been a very important type of art in Tunisia—I would say the most important, especially during the years of dictatorship. Not that it was very popular within society, but it was the art that was the most creative, free and expressive.

Also, since it's in my mother tongue, there's nothing more spiritually engaging spiritually for me. We have a very big theatre tradition, and many schools and workshops are present all over the country, which is not the case for music, for example. Most Tunisian actors come from a theatre background. When you watch their movies, you can tell the influence and that's so special. My first love was the theatre. I did it for a few years before turning into music.

It's a little town close to where my parents house by the sea is. I love the little road that leads there. At some point you cross a big lake where the light and sunset are breathtaking, and where very rare birds from all over the world come. It's a small village by the sea that kept its traditional blue and white houses, architecture and its wicker handcraft. It also has a cemetery by the sea that I love visiting.

For me this is priceless. You might not get work efficiency everywhere you go, like in Europe, but on the other hand, there's such warmth and humanity still in people that doesn't exist in Western societies. Family is sacred and generosity is sacred. There are a lot of contrasts in our society but I love that easy-going feeling that sometimes just feels great and makes me feel so safe and comfortable.

I'd like to close on this part of myself that will always be with me.

I grew up in this complex in a Tunis borough right down a big hill, under a huge sky, where houses are constructed from big white stones. It was intended to resemble the famous village of Sidi Bousaid and was meant to welcome university teachers and their families. What I love about it is that we grew up in total peace from the rest of the world, because it was up high and away from downtown and the streets. We had a very rich childhood, playing around in the complex, 'til I was almost 15.

My neighborhood also had something that was unusual: a small amphitheater, I don't know who had the idea for it, but it changed my whole life as it predicted who I would become someday. I used to organize festivals and imaginary shows with my friends, creating choreographies, plays, singing songs, and improvising poetry from the age of eight.

In that fragile bubble that was Tunis, we really did have our own magical bubble that somehow inspired me to create my own dream and develop enough passion to fulfill it someday.