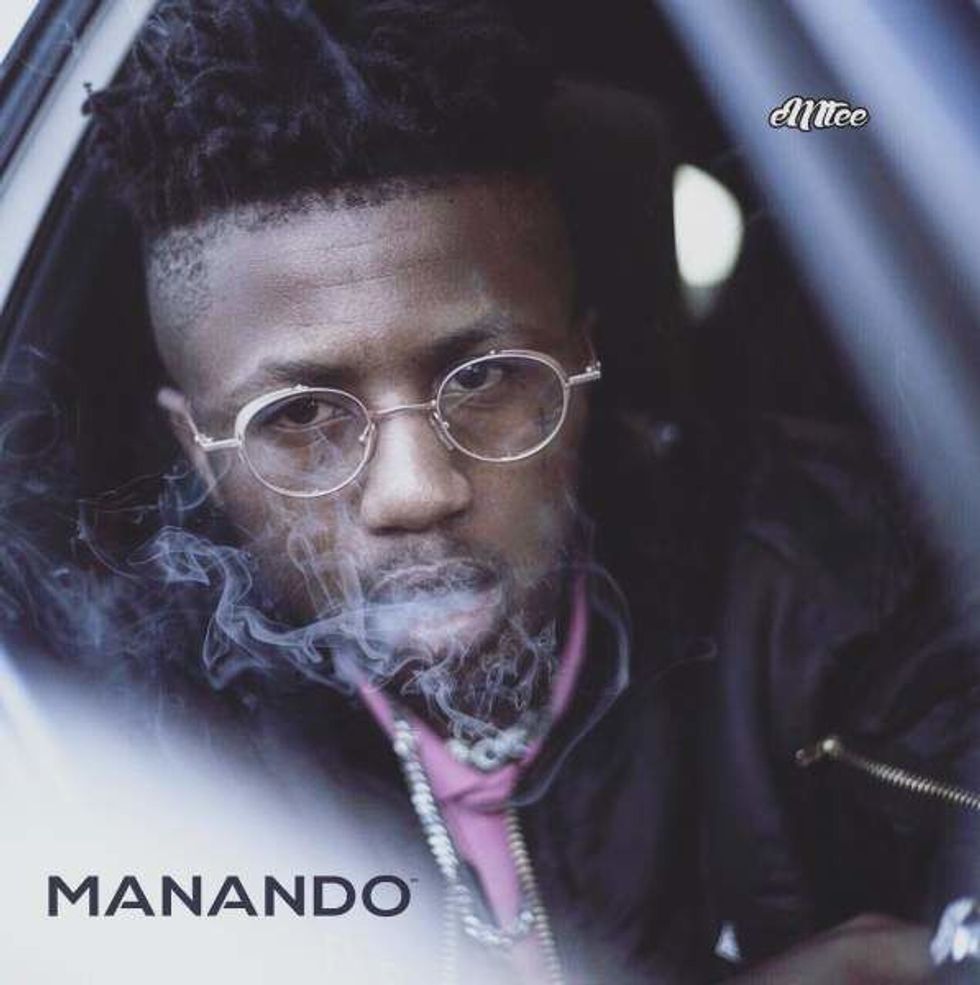 Emtee's new album is one of the most anticipated releases of the year in South African music—and it’s for the homies.

The 20-track record is one of the most anticipated releases of the year in South African music, after his stellar debut, Avery, went platinum and earned him a number of awards including "Best Hip Hop Album of the Year" at the South African Music Awards.

Manando is named after of one of Emtee’s late homies, who the rapper says believed in him as a musician before everyone else did. The artist also pays homage to another one of his fallen friends on the song “R.I.P Swati.”

Manando takes off where Avery left us, with the same brilliant trap production courtesy of his main producer Ruff, as well as Lunatik and Tweezy, among a few others. Brace your ears for those thumping bass lines and 808s.

Emtee still mixes rapping and singing like it’s not a thing as he tells his story and celebrates his victories.

Features on the album include Tiwa Savage, and his label mates Sjava, Njabulo and Saudi. The album features the singles “Corner Store” and “Ghetto Hero.”

Listen to Manando below, buy it on iTunes, and check out the music video for "Me and You" underneath.