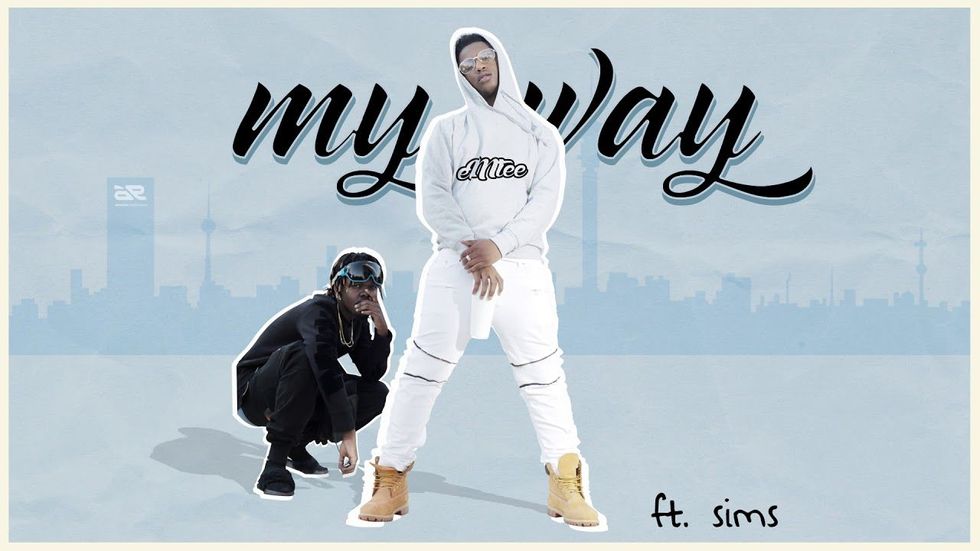 Emtee feels the world isn't made for people like him. Check out his two new singles "My Way" and "Me and You."

The first song, called “My Way,” will not be on the album, but don’t get it twisted, it bangs.

Emtee enlisted his long-time collaborator Ruff, who produced most the artist’s debut album Avery, for the track. The song features vocalist Sims, who sings, “I feel like this world isn’t made for people like me/ Please let me live my life, please don’t come my way” on the hook.

The kick pounds hard, the snares thwack, and the bass line drones accompanied by keys cushioning Emtee and Sims’ vocals. Emtee reflects on his past—being homeless, having trouble with his landlord and lets us know that life is good now, and it’s thanks to his hard work and the people around him.

The second track,"Me and You," is more of a pop-excursion featuring the queen of afrobeats herself Tiwa Savage.

Emtee’s sophomore album Manando is due out on September 15. It will feature Tiwa Savage, and his label mates Saudi, Sjava and Njabulo.

Listen to "My Way" above and "Me and You" underneath. Pre-order Manando here