Erykah Badu Is Under Fire For Singing At The King of Swaziland's Birthday - But Does Artistic Engagement Equal Endorsement? 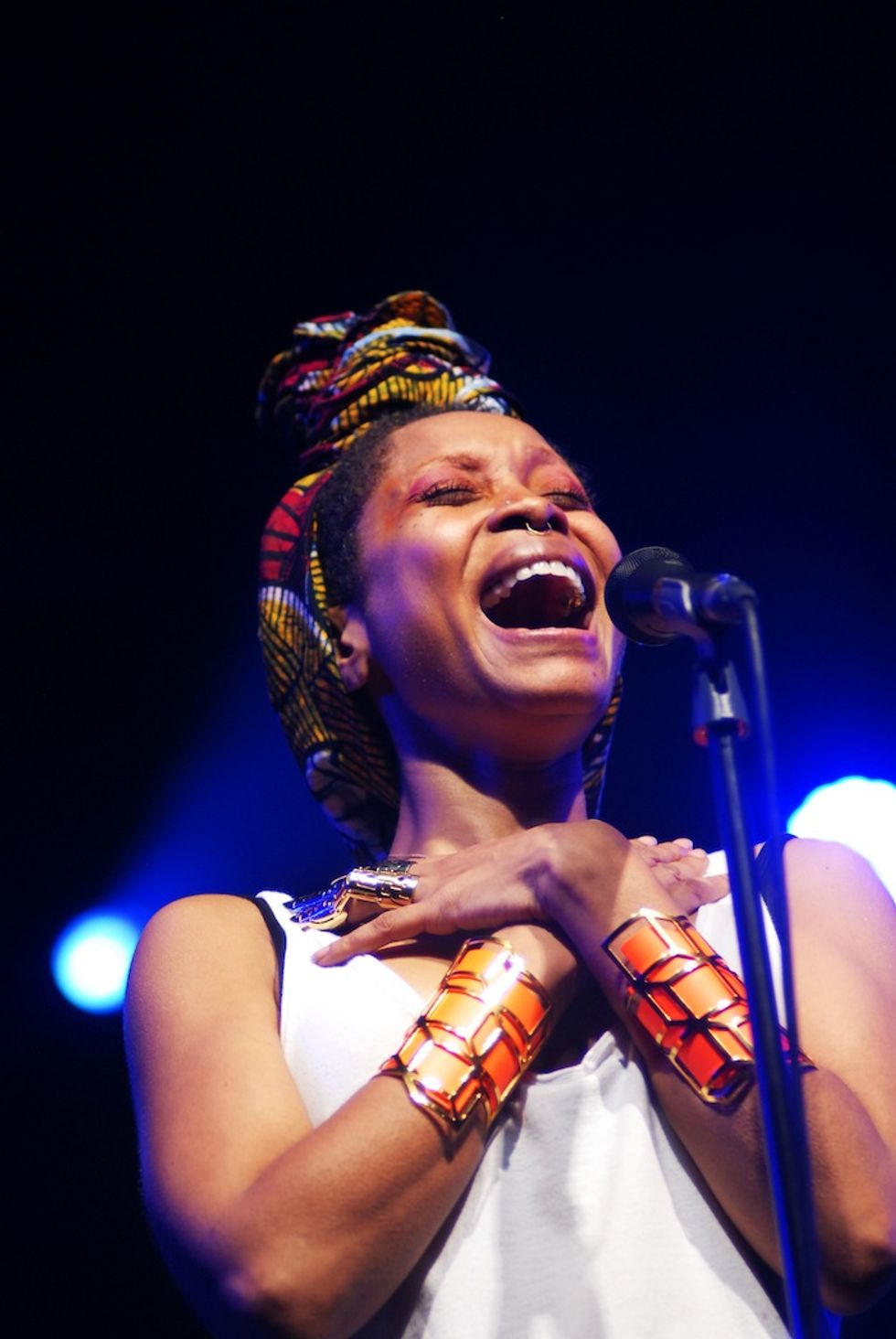 Erykah Badu is under fire for singing at the birthday of the King of Swaziland, Mswati III-- But does artistic engagement equal endorsement?

In just a little over a week’s time, Swaziland, a small nation ruled by an autocratic “monarch” in sourthern Africa, has been in the news more than it has ever been. The LA Times, The Washington Post, The Dallas Morning News, and Slate amongst other media platforms, have all weighed in on a recent controversy that demands international attention: Erykah Badu sang Happy Birthday to King Mswati III, who turned 46 in late April. He’s a Taurus. Badu flew from South Africa – where she is recording some of her sixth studio album – to Swaziland at the request of Jacob “The Jeweler” Arabo after some other pop star/artist dropped out of the event.

The Times, the Post, and Slate all saw fit to cover this story as a fait accompli – another American pop star, ignorant of global/African politics, sullies their activist cred and endorses a brutal dictatorship – see J-Lo, Beyonce, Nelly Furtado and Mariah Carey for ready reference. This coverage makes sure to mention that Mswati drives really expensive cars, flies in private planes, and generally lives the lavish life of a dictator while more than half of his subjects, the citizens of Swaziland, survive on less than two dollars a day. After all, pop stars, famous jewelers, material excess and political ignorance are the very substance of American news media, i.e. this is the stuff that people want to read about and click through.

Mswati’s status as the “last absolute monarch” on the continent of Africa has become as close to mainstream news as it may ever be. There is no democratic/political metric by which Mswati would be considered a benevolent leader. As outlets have recently reported, Mswati is a dictator. He has overseen the full ban of political parties and effectively rendered illegal any and all political dissent. His regime argues that the largely homogenous Swaziland would be terrorized by any political activity that does not emanate from the regime; in effect, the regime argues that democracy itself is terrorism.

Within a week of Mswati’s lavish birthday party, so well covered by American mainstream media, there was a national Worker’s Day event in Swaziland that was protested by the People’s United Democratic Movement (PUDEMO), an activist democratic organization at the heart of the movement to unban political activity (i.e. democracy) in Swaziland. The PUDEMO 7 were arrested for chanting slogans that the Swaziland regime prevents their own media from printing in the national press and for wearing and distributing PUDEMO tee shirts, all of which has been categorized as terrorist activity by the government.

Badu’s critics occupy a self-righteous safe space from which they are able to soundly ridicule the Hip Hop Soul artist and lambast her as being either politically ignorant or materialistically narcissistic. Yet even if she is both – although the evidence of her craft and her well-recorded social justice interests might prove otherwise – Badu’s critics ignore the “realpolitick” of this particular media situation. The human rights’ causes championed by Pedro Pizano (formerly of the Human Rights Foundation) and Jeffrey Smith (The RFK Center for Justice and Human Rights), are served well by the media coverage that Badu’s performance has bought to bear on the Swaziland regime. How else would we even be discussing these issues across this slate of multimedia platforms? Ideas and social justice rhetoric are important, but media coverage of political atrocities is an important pathway to the application of political pressure that results in real social change. #BringBackOurGirls

*Have you ever heard of Yahya Jammeh? He is the president of Gambia, another country on the continent of Africa ruled by those who have yet to transcend the post-colonial malaise of corruption, greed, cronyism, totalitarianism and devout income inequality. Note well, that this malaise is NOT exclusive to the continent of Africa. You will see his name in print and in online media in the very near future as Human Rights activists continue to call out Erykah Badu for crossing the political line; for performing for ruthless governmental leaders in Africa and thereby endorsing their atrocities. She may even continue to respond to her detractors via Twitter – adding more social media fuel to the socio-political fire.

But in the midst of all of the media anguish, the virtual gnashing of teeth, and the self-righteous tonalities of activist advocates; please remember one thing. The confrontation, and ultimately the resolution of the most atrocious human rights challenges of the 21st Century require one essential element: OUR ATTENTION.

*Though there was a rumor going around, Erykah Badu is not performing in Gambia nor did she ever have plans to.— ed. note