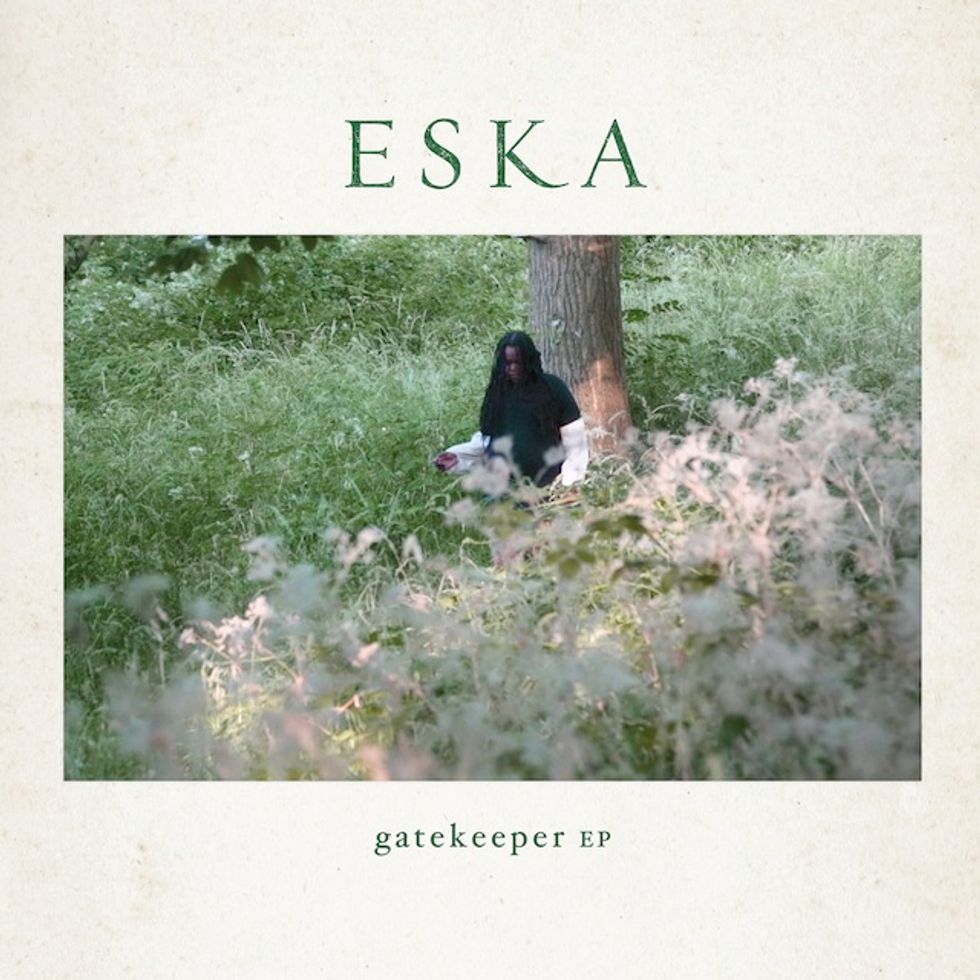 Listen to 'Gatekeeper,' the debut EP from Zimbabwe-born/UK soulstress Eska.

Zimbabwe-born/UK-based folkstress Eska makes her solo debut on the rickety-soul, string-pulling Gatekeeper EP. On her welcoming letter to spiritual ears the Gilles Peterson favorite joins forces with co-producer Dave Okumu– The Invisible frontman who has worked with the likes of UK royalty of song Jessie Ware, V.V. Brown, and Anna Calvi. We spoke to Eska about her Zim roots, choice of hatwear, dream music vid settings, and more. Listen to the full EP (out now via Earthling Recordings) below and read on to get to know the new first lady of barn-yard soul.

Gatekeeper is out now via digital release, CD, and vinyl.

OKA: Where were you born and where did you grow up? Was there much of a diasporic community in your part of London?

Eska: I was born in Bulawayo, Zimbabwe and arrived in London when I was still a baby. SE London didn't have any notable diasporic community. I didn't meet someone my age who had grown up with a similar cultural experience until I was 20 years old.

Eska: My dad played vinyl records, mainly on Sunday afternoons. We were raised on everything from Ahmed Jamal to Phil Collins to Madonna to Oscar Peterson. It was eclectic and exciting so we never became philistines about music, growing up to appreciate everything- in time.

Eska: I've visited my birth country only a handful of times. On the last one, we managed to road-trip, visiting some of the great lakes and the falls with my grandmother. It was an incredibly significant journey, being the first Zimbabwe experience for my sister-in-law and the last road-trip that my grandmother was to ever make.

OKA: Where was the Gatekeeper cover photo taken?

Eska: Ah! That would be telling. It's as beautiful as it photographs but you wouldn't possibly imagine where it's located. A very local, magical space near where I live in Peckham Rye.

OKA: Any plans to play Zim/on the continent?

Eska: Well, HIFA Festival is on my radar for next year– I hope they'll invite me.

OKA: Dream space to play Gatekeeper? We saw that you've already experimented with a barn and that was incredible.

Eska: Whilst I never got round to doing a video for "Gatekeeper," the live Barn Sessions filmed at In The Woods would be a tricky 'happening' to beat as it's a near-perfect representation of my song. However, my fantasy "Gatekeeper" video would probably involve journeying on the London tube. At some point the commuters would all break out in to a dance routine.

OKA: Where do you get your hats?

Eska: For great headwear, I'd start with Jodie Cartman.