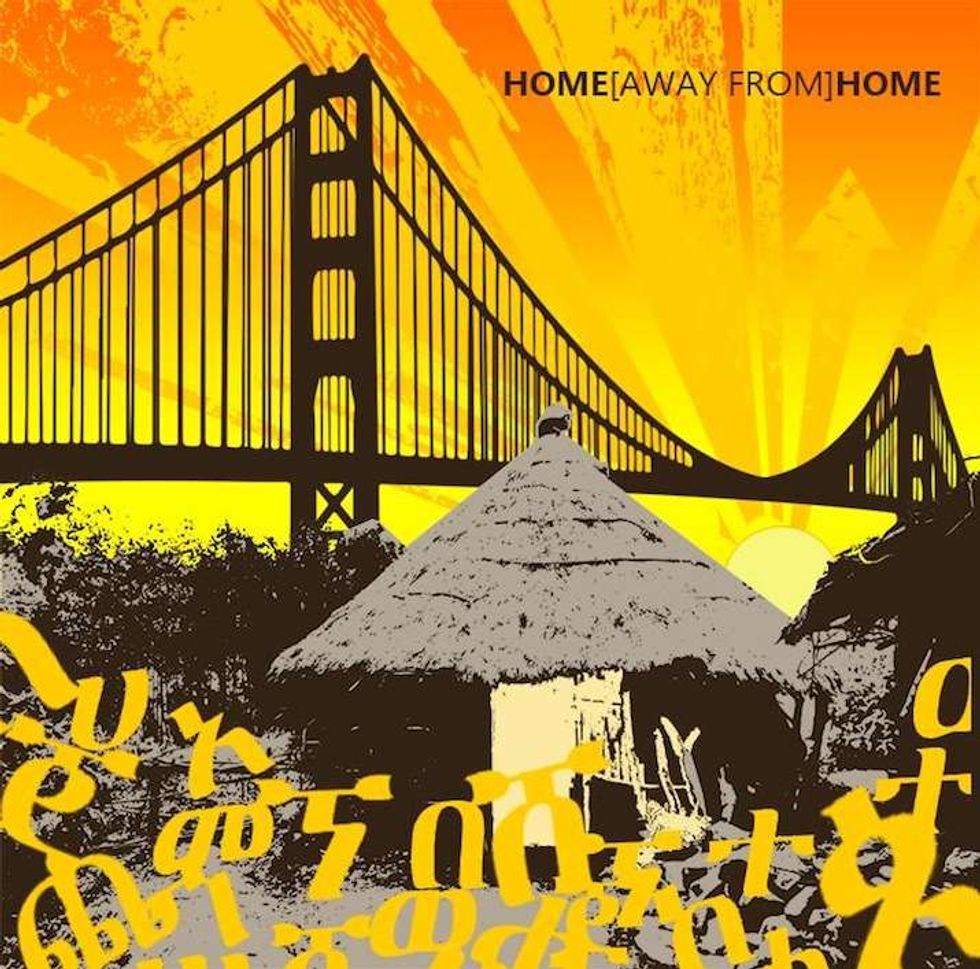 Ethiopian and Eritrean artists construct a 'Home Home' in a new multi-media arts project in the Bay Area.

When 34-year-old Ethiopian American singer/songwriter Meklit Hadero met legendary Ethiopian musician Mulatu Atsatke, she was struck by the unorthodox advice the veteran “father of Ethio-jazz” had for her. A 71-year-old East African musical phenom, Atsatke didn’t beg her to hold onto the same lyrical or melodic stylings of his era. Instead, he urged her to find her own interpretation, to share her own evolving cultural experiences through sound in a way that departed from established tradition. The encounter was transformative for Hadero, who appreciates to this day the way it gave her “so much room to experiment” with her art.

Along with 25-year-old Eritrean American filmmaker Sephora Woldu and 36-year-old Ethiopian American musician Ellias Fullmore (also known as Burntface), Hadero has been expanding that room for artistic diasporic experimentation through a multi-media arts project called the Home [away from] Home. The experimental art installation and festival explores “the evolving nature of ‘home’ as experienced by Ethiopian and Eritrean communities in the Bay Area” of Northern California.

Beginning with the building of a home fashioned after a traditional, circular Ethiopian gojo/Eritrean adjo on Sunday, September 7th at Lake Merritt’s Eastland Park, the Oakland-based project will culminate in a “weekend-long festival of visual arts, music, dance, poetry, & food, around next year's Eritrean and Ethiopian Ge'ez New Year (Sept. 11).” The grand finale festival will take place on the lake Sunday, September 14th. A full schedule detail is available both on the project’s website and Facebook page.

The Sunday festival will feature live musical performances, local vendors, arts and crafts, and film screenings, including Ethiopian American artist Selam Bekele’s Prince of Nowhere, part of a multi-media piece that evokes the shifting nature of memory. “That state of longing, recreating memories, deeply appreciating what your parents have done, and feeling responsibility to make it all worth it is definitely a shared experience of diaspora kids around the world,” Bekele said Tuesday.

In that sense, the project speaks to many immigrant communities despite its specific aim to highlight the work and experiences of Ethiopian and Eritrean artists. “It’s very rare to have someone relate to your story, especially the nuances of what it took to get to this country and how much you hide it when you get here,” Bekele said. “We have to collect our stories ourselves.”

This notion of creating and collecting authentic narratives in diaspora is part of what drove the project from its inception. Supported by YBCA In Community, a new initiative created by Yerba Buena Center for the Arts (YBCA), Home [away from] Home emerged as a space to showcase and honor the experiences of Ethiopian and Eritrean immigrant communities in the Bay. For the project organizers, one important way of reflecting the communities’ stories in the art was to reach out to Bay Area Ethiopians and Eritreans directly. As part of its early stages, they conducted a series of anonymous interviews with local cab drivers about their histories with immigration both internationally and within the US, as well as experiences related directly to their jobs and how that positions them within the community.

“Everybody has a family member who is a taxi driver; it’s just something found throughout our communities,” Hadero said. “It’s an incredible metaphor of moving in general, moving through the city, being the eyes and ears of the city, always interacting with people who are different from what you might expect, and being in a space of encounter.”

“The stories are incredible--so deep,” Woldu added. “Our people are pretty private, so we put the condition of anonymity on the stories because it felt important to preserve trust. But their stories are woven into so much of the art.”

And their stories are not the only ones. Artists are intentionally incorporating intergenerational narratives from throughout the community in multiple ways, including scheduled talks with artists like Wosene Worke Kosrof. “It’s about passing the torch culturally to preserve it,” Woldu said.

But the beauty of art as a tool of cultural preservation is that it allows for evolution—and that’s what the Home [away from] Home project illustrates so clearly. Diasporic peoples are by definition constantly changing, subject to new places and conditions away from our ancestral homes. But that does not rob us of identity; rather, it allows us the freedom to continue reshaping ourselves and envisioning new worlds while still honoring our roots.

“We’re all in a process of trying to understand how where we are from makes sense in this world that we are we now. How do we hybridize?” Hadero asked. “We need to be experimenting, and we need to be doing it publicly. A lot of times that kind of identity struggle is internal, but artists have the capacity to make visible in a public way. We are a generation of people trying to figure it out.”

Hannah Giorgis is the daughter of Ethiopian and Eritrean immigrants, and a product of bittersweet diaspora. She is a black feminist writer and organizer based in New York City. You can follow her on twitter @ethiopiennesays or on her blog, Ethiopienne.