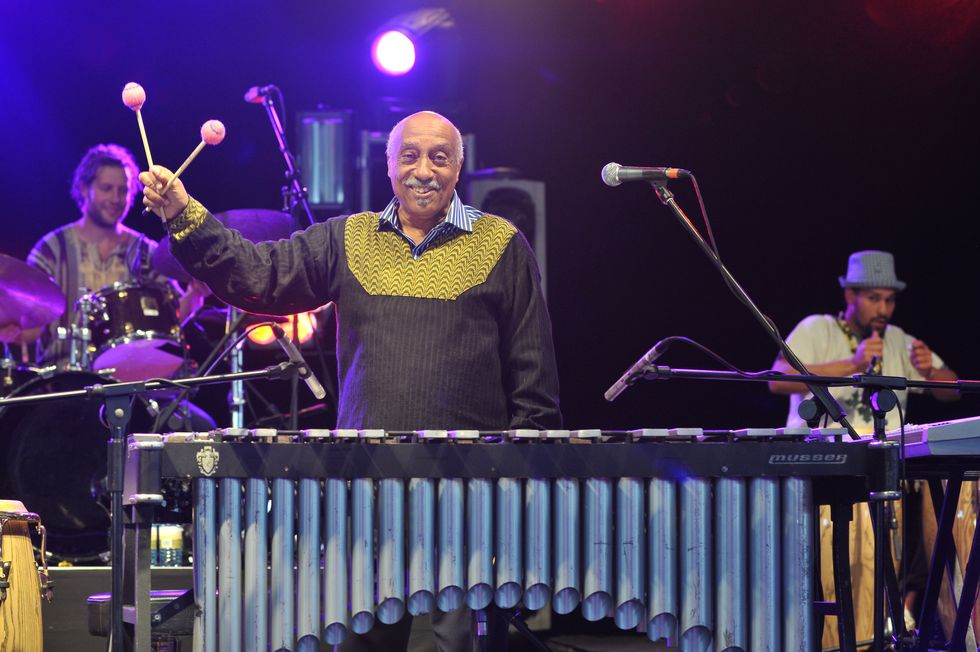 The godfather of Ethiopian jazz, Mulatu Astatke, is the latest recipient of the French "Ordre des Arts et des Lettres" (Order of Arts and Letters). The French Minister of Culture, Franck Riester, travelled to Addis Ababa to present the award to Astatke, yesterday, at the French Embassy. The visit is part of the initiative established by French president Emmanuel Macron and Ethiopian prime minister Abiy Ahmed to share in honoring their respective cultures.

Born in the south of Ethiopia, the vibraphone and conga drum player later received training in major cities in the US and UK. Through his travels, he began combining musical elements of jazz with the traditions of different cultures to forge a new sound. As BBC reports, "Ethiopian scales have five notes and in Western music there are 12 – Mulatu combined the two to make Ethio-jazz." The new genre created a wave worldwide and furthered the expansion of jazz.

In honoring Astatke, the French Minister tweeted, "Few artists are able to embody in the eyes of the world a musical genre so strongly rooted in a national culture. Mulatu Atskake is one of them." He then later shared a video of Astatke performing with French violinist Théo Ceccaldi together in Addis Ababa. The tweet reads, "a moment of timeless jazz. Watch and listen without moderation."

The Order of Arts and Letters is an award that was established in 1957 to "recognize eminent artists and writers, as well as people who have contributed significantly to furthering the arts in France and around the world" according to the Cultural Services French Embassy in the US.

Check out our playlist of Ethiopian samples in hip-hop below featuring Astatke: