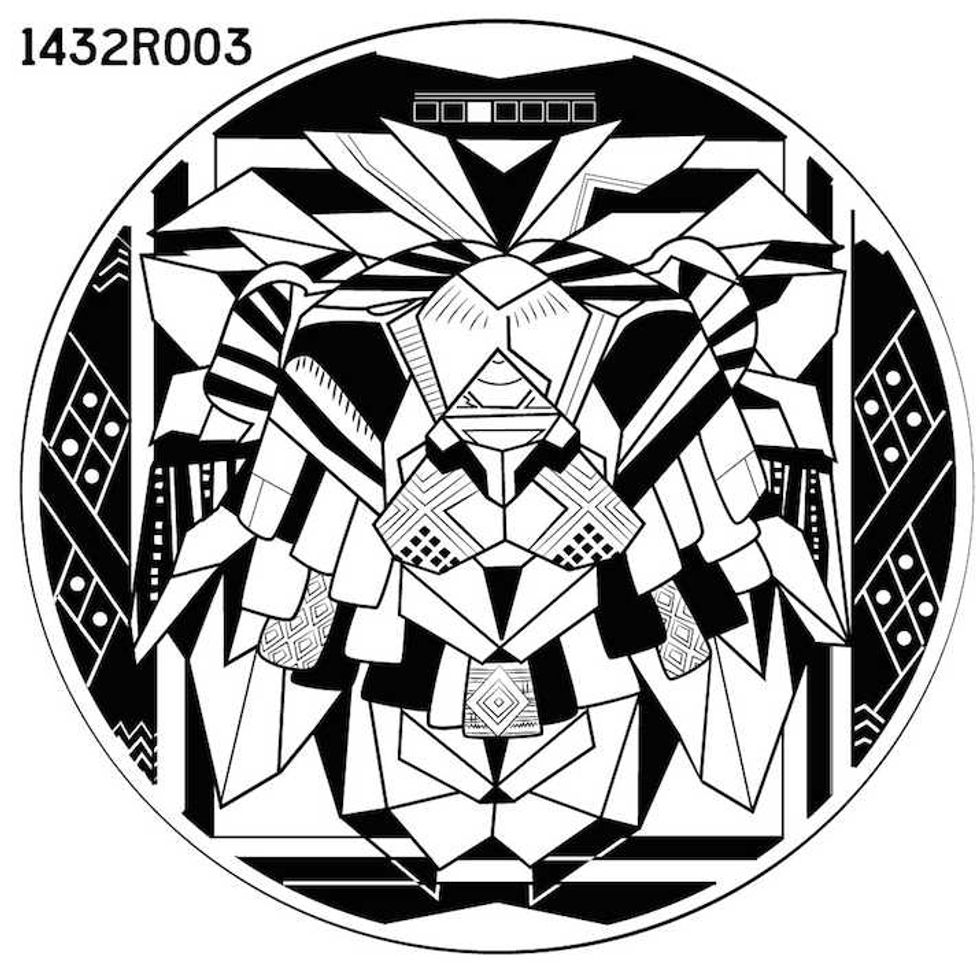 Listen to an exclusive premiere of a track from Ethiopian beatmaker E.R off his forthcoming debut EP 'Qen Sew'

Under the moniker E.R., short for (Ethiopian Records), Addis Ababa-based musician Endeguena Mulu is one of the artists leading the charge in the evolution of Ethiopiyawi Electronic, a new experimental sound emerging from Ethiopia's underground music scene. The Ethiopian producer, who lists Mulatu Astatke, J Dilla, Mala, Zion Rebels, Amon Tobin and Kode 9 amongst his influences, first crashed onto our radar last summer with his hypnotizing blend of traditional Ethiopian folk music, electronica, garage, Ethio-jazz, field recordings and meditational dub.

His forthcoming debut EP, Qen Sew, marks the third release from Washington D.C.-based label 1432 R and, with it, E.R hopes to push the boundaries of the liminal genre even further. "I wouldn't say there are a lot of people doing electronic music out here in Ethiopia," he mentions via e-mail. "Even all around Africa we need more musicians in this realm. In the near future I would love to see more musicians joining in because the more perspectives there are, the better and the stronger it will be. I would love to see the concept stay open. The best moments in a musical movement for me are the first ones because nobody is too sure where things are going and there is a lot of experimentation going on. I would love it if things would grow that way with more experimentation and with people letting the music go free without trying to define things too much and put things in different boxes. There would be no limits to where the music could go if we just let it."

Much like his close friend and contemporary Mikael Seifu, whose Yarada Lij EP has been a staple in the Okayafrica offices, E.R.'s eclectic sonic aesthetic presents a darkly compelling patchwork of bass-heavy beats that listeners can either dance or just vibe to. Qen Sew consists of tracks made over eight years ago and others constructed in the last few months, with E.R. going in to rework them whenever inspiration struck. "Most of the tracks on this EP I have made on the move," he writes. "In cafes, in a hospital, in taxis, at a friends place, in friends studios, etc  just going around with my laptop and headphones and microphone. I have had a very nomadic workflow this past year.  The moment I am inspired and I want to channel all those intense feelings I don't want to forget I capture them in a sound."

As a testament to the transcendent nature of his music, E.R.'s output mimics the complex nature of his recording process as he put Qen Sew together. According to him, all five tracks on the EP tell a story pertaining to different aspects of his life. "Feluha is the old neighborhood I grew up in. I lived there for over 20 years and the old neighborhood is not there anymore. The title track ["Qen Sew (For My Father)"] is very personal to me. Qen Sew means "good hearted" or "kindhearted human" word for word. I have always seen my father as such. He has been struggling for the past two years or so and I felt the need to dedicate this track and this EP to him. I am not much of a writer or a talker so I wanted to put down my feelings in the best way I can in the medium that I am most comfortable with."

Alongside Seifu, E.R. is one of the genre's leading faces and now that both have completed their individual debut projects they hope to spread their brooding soundscapes across the continent with a joint EP that's currently in the works. Qen Sew is available for pre-order now ahead of its October 21st release.Check out a few other highlights from our conversation with E.R. and stream "Feluha", premiering here today, above.

On other African artists he would like to collaborate with

Definitely Halim El-Dabh, and Spoek Mathambo. I would also like to collaborate with musicians who are outside the electronic music realm especially traditional and folklore musicians from right here in Ethiopia and from all over the continent. That's what interests me the most, because there are so many amazing rhythms all around Africa that are still untouched.

On the album's cover art

When I was first discussing the concept of the covert art I said I wanted something that hybridized the Ethiopian countryside and the city. Though it might be cliche and not always true, there are these things that I used to hear as a kid  that have always fascinated me. Things about how people from the countryside say hi to each other warmly when they pass each other on the streets even though they are complete strangers; how people in the city are mean and selfish and how cities chew and spit people out. There are mean and kindhearted people everywhere but there is this atmosphere of aggressiveness present in cities.  I wanted to make a soundtrack reminiscent of a lion strolling through this mean aggressive machine that is the concrete jungle. Most people see the lion as a symbol of power but there is this saying parents say to their kids or friends say to friends in Amharic " አንበሳ!"  (pronounced "Ambessa!") which means "Lion!" when they want to encourage their kids or their friends. Someone I would call Ambessa is someone that is good hearted, and this is my Ambessa! to my father and all the goodhearted people out there from the cities and the countrysides of everywhere struggling to get through every day."