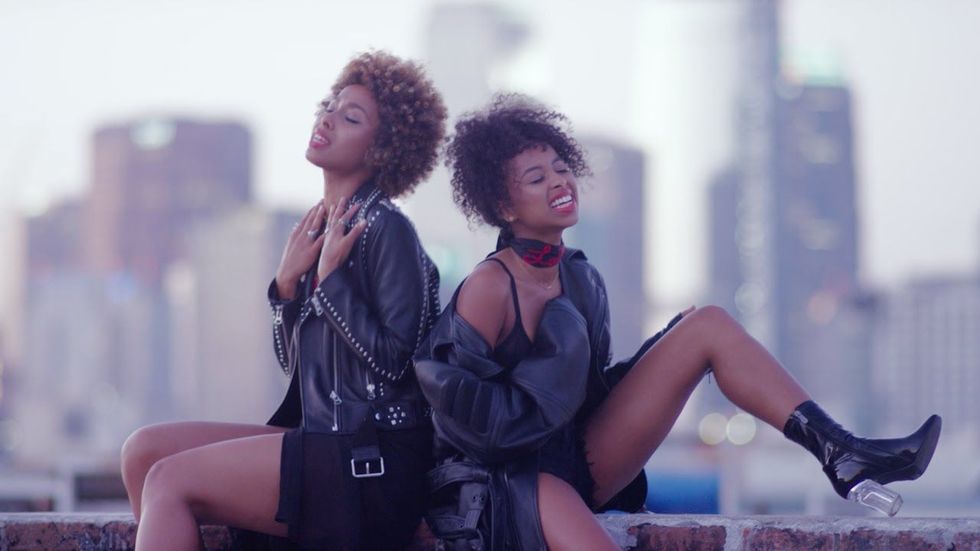 Sisters Iman and Siham Hashi, aka Faarrow, are back with a soaring new video for “Chasing Highs,” the latest single from their Lost EP.

Sisters Iman and Siham Hashi, better known as Faarrow, are back with a soaring new video for “Chasing Highs,” the latest single from their Lost EP.

The duo sing from the top of cliffs at Yosemite National Park and city rooftops in the new clip for the song, which they mention is “about someone going to extreme measures just to feel alive.”

“Chasing Highs” actually came to life during sessions in which the sisters were writing a song Rihanna.

Siham mentions, "our producer and co-writer Elijah Kelley had the idea; we were writing lyrics about someone going to extreme measures just to feel alive and the three of us were all coming from different perspectives. Some of us were speaking in terms of a relationship and others about fulfilling our dreams."

"On the journey to finding yourself and growing into the person you want to be, sometimes you're chasing so many highs trying to fill a void, whether it's a person or a goal,” adds Iman. “For all three of us, it was something we were all feeling: not knowing what's next but still passionately chasing our dreams; not having what we want and sometimes doing extreme things to feel something."

Iman and Siham, whose names in Arabic mean “faith” and “arrow” respectively (hence Faarrow), are currently working on their first full-length album.

Their latest EP Lost features "Chasing Highs," its girl anthem title-track and "Shut Up," which curiously has Zac Efron singing on the hook.

Watch the James McCloud-directed video above.