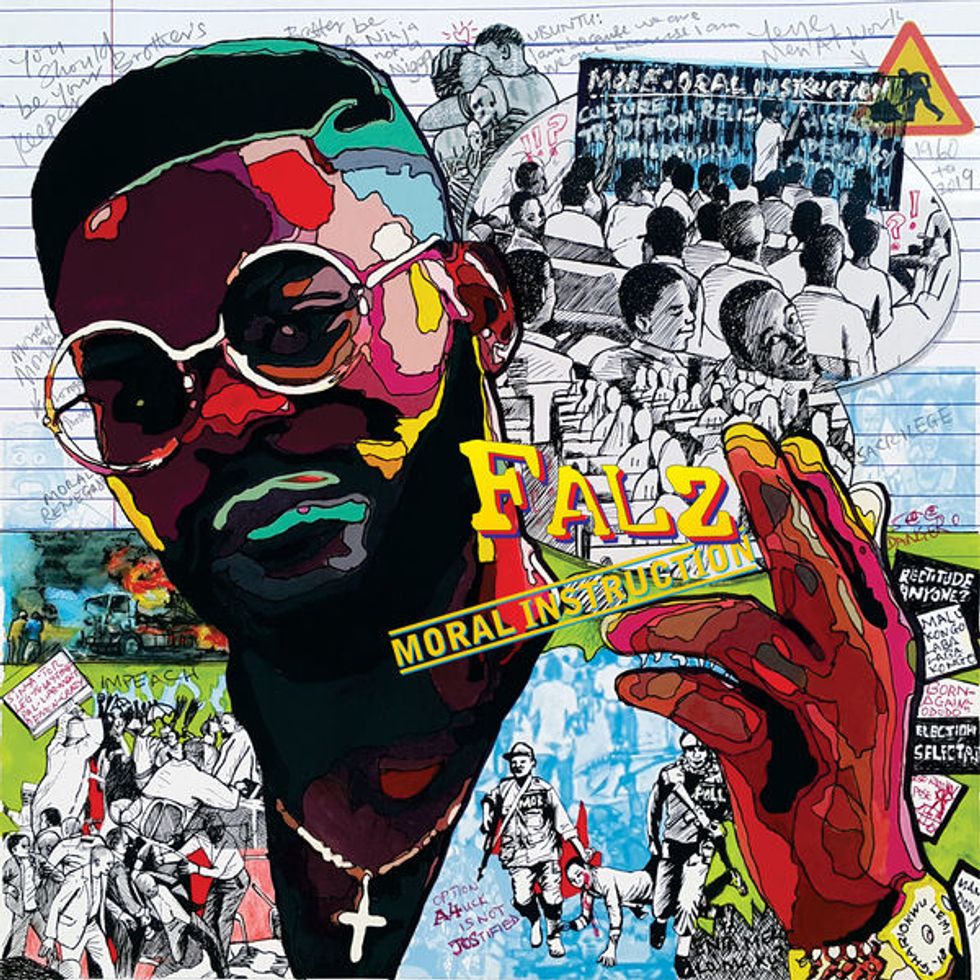 As the title implies, the new record follows the rapper as he tackles several topics dealing with Nigeria's social ills and issues with political & social awareness throughout its nine tracks.

The album notably samples Fela Kuti, who was undoubtedly outspoken about similar issues himself, in some of its standout songs.

Additionally, the cover art for Moral Instruction was crafted by Nigerian artist and longtime Fela collaborator Lemi Ghariokwu—the man behind many of Fela Kuti's iconic covers.

Falz had just recently dropped the music video for the album's single, "Talk," which deals issues like greedy politicians, an ineffective president, and Nigerian's penchant for conspicuous consumption.

Stream and purchaseMoral Instruction below.