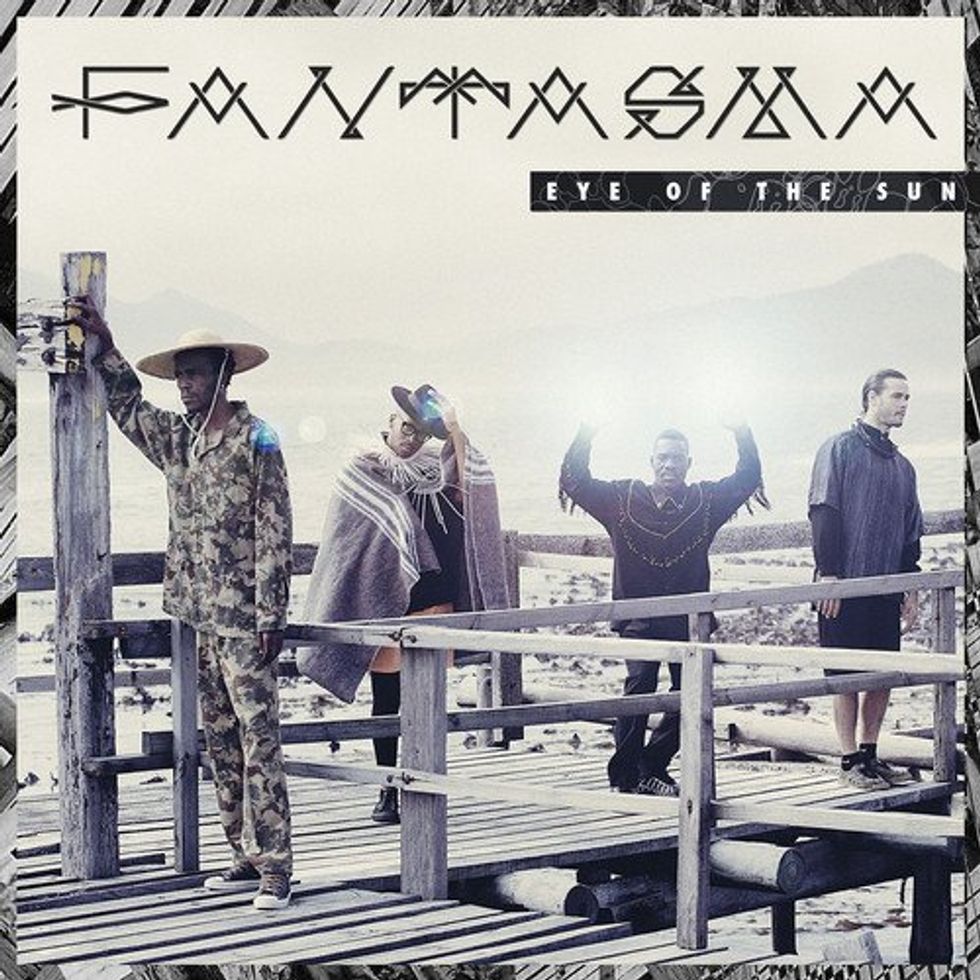 Stream 'Eye of the Sun,' the debut EP from Spoek Mathambo and DJ Spoko's South African "supergroup" Fantasma, plus watch the "Fafi" video.

For months now we've anticipated the much welcomed debut EP from five-man South African "supergroup" Fantasma. The band, which unites site favorites Spoek Mathambo and DJ Spoko with guitarist André Geldenhuys (from Cape Town electric blues duo Machineri), drummer Michael Buchanan and Durban's maskandi multi-instrumentalist Bhekisenzo Cele, have been teasing us in recent weeks with a string of new tracks, including the ethereal military-snared "Sefty Belt" with heavenly-voiced Philly native Josiahwise Is The Serpentwithfeet and their frenetic title song "Eye of the Sun" plus its spacey, downtempo remix from British producer My Panda Shall Fly. In the lead-up to the full release this Monday, November 10th, Eye of the Sun has been streaming all week via Dazed. Spoek took to facebook to explain his excitement:

"Glad to finally share what I've been working on this year. It's been such an amazing journey with Fantasma. This 5-track EP is the introduction. We are following up in Feb with our album FREELOVE.

The group also shared their debut music video this week for Eye of the Sun closer, "Fafi." Shot in black and white, the video pretty much sums up the psychedelic desert feast we've seen from Fantasma courtesy of Kent Andreasen's hypnotic lens. Speaking on the track, Spoek said:

"Fafi or M'china as it's also known is a kind of gambling/numbers racket that's common in South Africa. A lot of the numbers system is a bit mystical in the sense that people's dreams end up representing different numbers and possibly big wins. I always imagine us in a vast desert with this one, I think it's one of our most interesting pieces. What originally started out as a grime beat I was working on took on a whole other turn as our various influences came together. From maskandi to northern African desert rock, Congolese guitar runs, synth jams, to four to the floor stompers."

Watch the "Fafi" video and stream the full EP below, which includes the group's summery collab with SA avant-gardist Moonchild on "ShangriLa." Eye of the Sun is out Monday on Soundway Records.