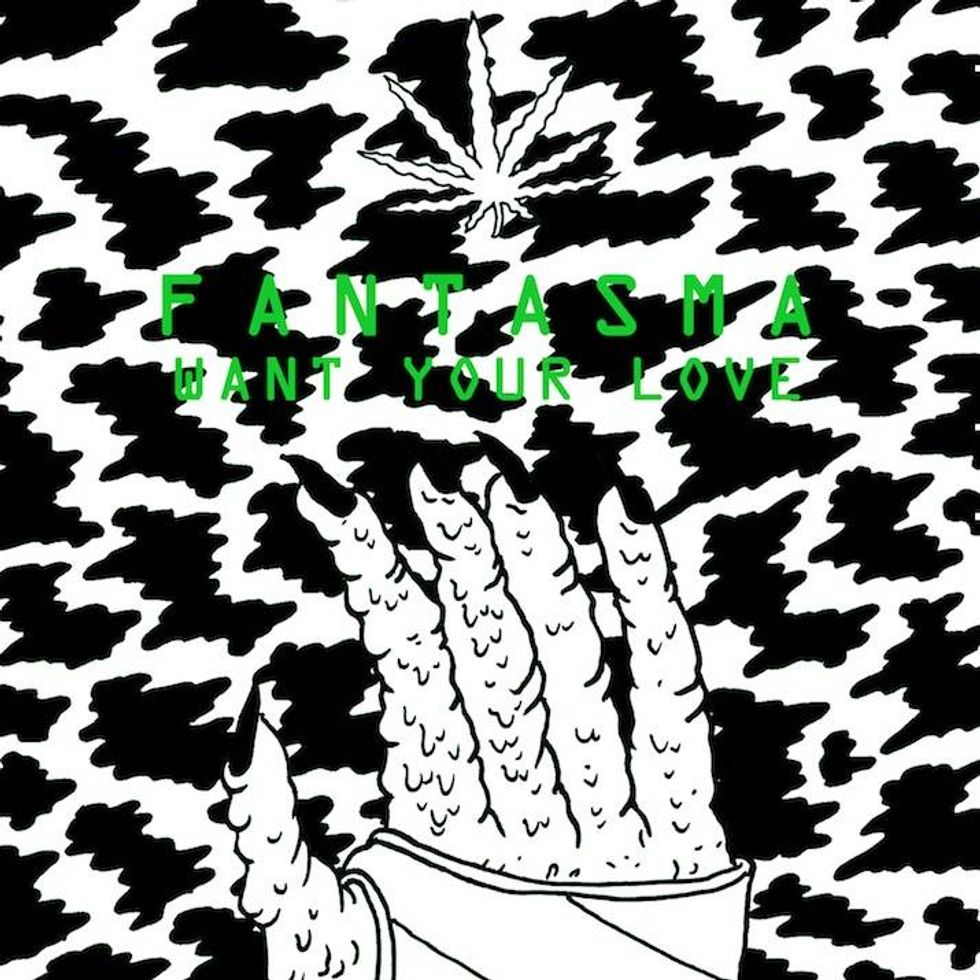 Last year Fantasma, the all-South African "supergroup" of Spoek Mathambo and DJ Spoko, made their grand introduction with a top notch EP that included two of our favorite tracks and videos of 2014. With their debut album, FreeLove, on its way in March via Soundway Records, the band has new music for us with a one-off track produced by the UK/SA's Jumping Back Slash. The first in a series of high energy songs that won't appear on the forthcoming record, "Want Your Love" is a springy jolt of 80s snares featuring guest vocals from Johannesburg-based sisters Nandi and Nongoma. Listen below and scroll on for our short Q&A with Spoek about the new track and what's to come for Fantasma in 2015.

Okayafrica: How did the track come about?

Spoek for Fantasma: Firstly, I guess it's a really crazy time in our civilization. A really violent, numb, weird time, so the song in its groove asks the question, "what is love in 2015?" Spoko likes to say love is pain...

Our band's a year old now and we're coming to a new level with the sound. We're getting to know each other better...and really original ideas are coming together. A huge part of being a new group is also the come-up, the hustle, the struggle to be noticed in a really busy, competitive and over saturated music world. This track and the session that conceived "Want Your Love" was about us hanging out excitedly after a month apart. We just want to up the stakes with the sound and energy of our music. We want you to feel our love.

Okayafrica: Who are Nandi & Nongoma?

Spoek: Nandi and Nongoma are our sisters, we've been working a lot with them in the last year, live and in the studio. We are the Fantasma family. They feature A LOT on our upcoming album. They're both incredibly talented musicians, it's so fun hanging and working with them. The fact that they're sisters, as in share a mama and papa, means they've had their whole lives to figure amazing harmonies and ideas out. Love them. Here's a song of Nongoma's:

Okayafrica: What are your's and Fantasma's plans for 2015?

Spoek: Hopefuly playing live a lot more. We'll definitely play in SA. We'll be in Europe in March... Hope to get to the other continents as well. People should holler at us for clubs, festivals, naming ceremonies, weddings, divorce parties, bar mitzvahs, etc.

We have a ton of new music and new visuals. We are dropping "Shangrila" video next week. I just saw the last cut and it's very crazy, a fun link to the track.

Our album, Free Love is dropping in the week of the 10th March 2015 on Soundway Records. Before the album we'll be sharing a series of loosies.