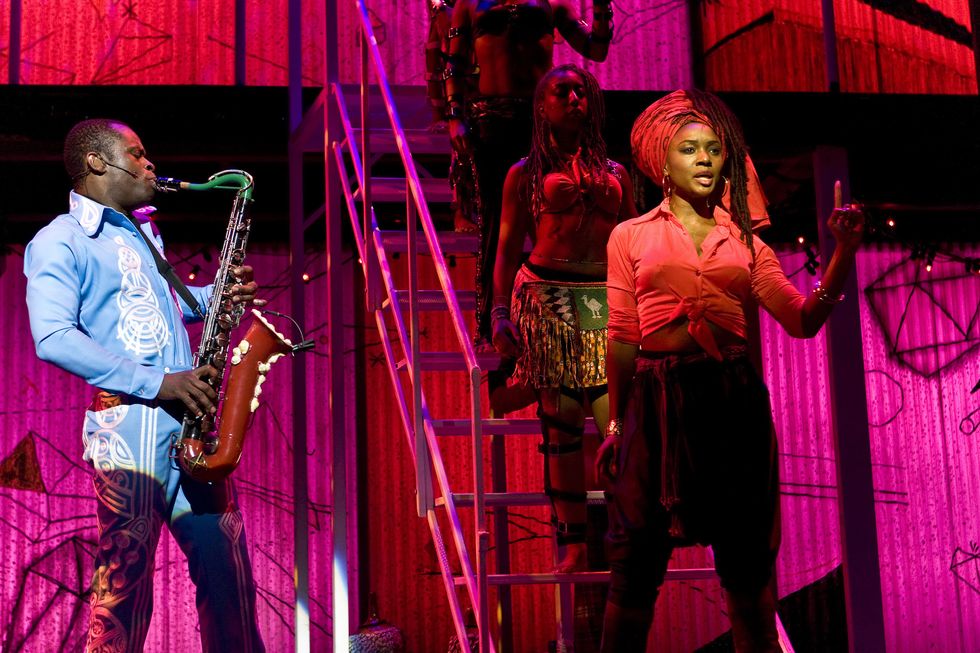 FELA! on Broadway has left Broadway. This isn't to say that the 11-time Tony Award-nominated musical about the life and times of the father of Afrobeat has exhausted its run -- Felaonbroadway.com recently unveiled a bunch of North American tour dates (including Atlanta, New Haven, and Toronto, to name a few), beginning with its current run at Washington, D.C.'s Sidney Harman Hall. Though the FELA! run in D.C. is coming to a close on October 9th, there's a silver lining -- a really silver lining. An official FELA! closing party takes place on Sunday 10/9 at LIV on 11th St. in DC. with giveaways and an appearance by the FELA! band (including members of Antibalas). Other Fela-centric parties are cropping up all over the globe, including the US, UK, Brazil, Spain, France, and The Netherlands. Read more about these FELABRATIONS in the FELA! Musical blog. If you didn't catch the show when it was on Broadway, now's the time to purchase some tickets and get going. Chances are, it's headed to your hood.