Chop And Quench 'The Fela! Band' FREE In Downtown LA! 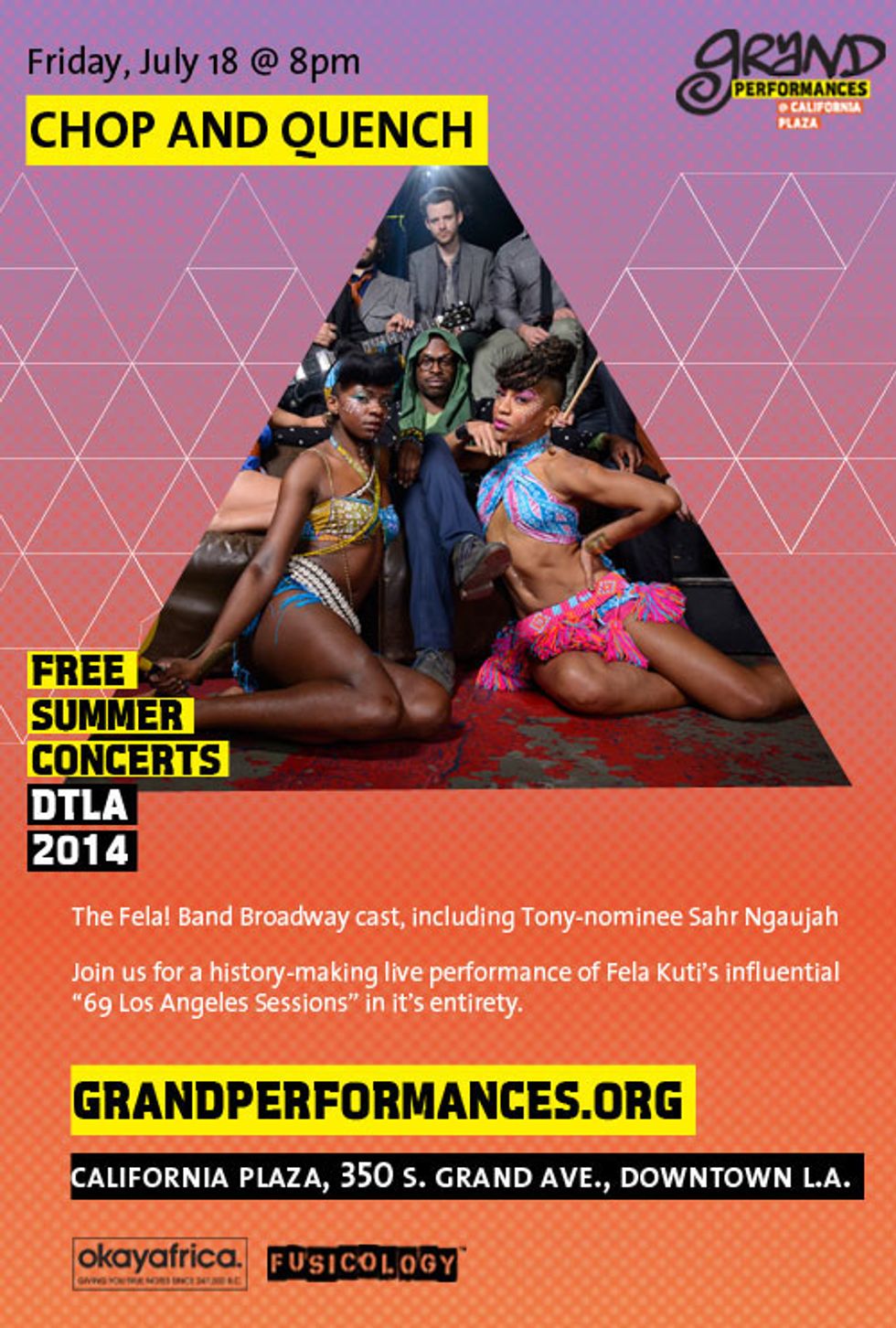 Chop and Quench 'The Fela! Band' are bringing the party over to L.A’s California Plaza as a part of Grand Performances' free summer concert series. Members from the cast and band of Fela! The Musical (featuring Tony-nominated Fela! star Sahr Ngaujah) will be making history with a live performance of Fela Kuti's 69 Los Angeles Sessions in its entirety this Friday, July 18. The Chop And Quench band is coming fresh off a roaring residency at Brooklyn's Knitting Factory, as well as a Sundance performance earlier this year at the Finding Fela world premiere. Check out all the details on the LA show below:

Chop And Quench ‘The Fela! Band’