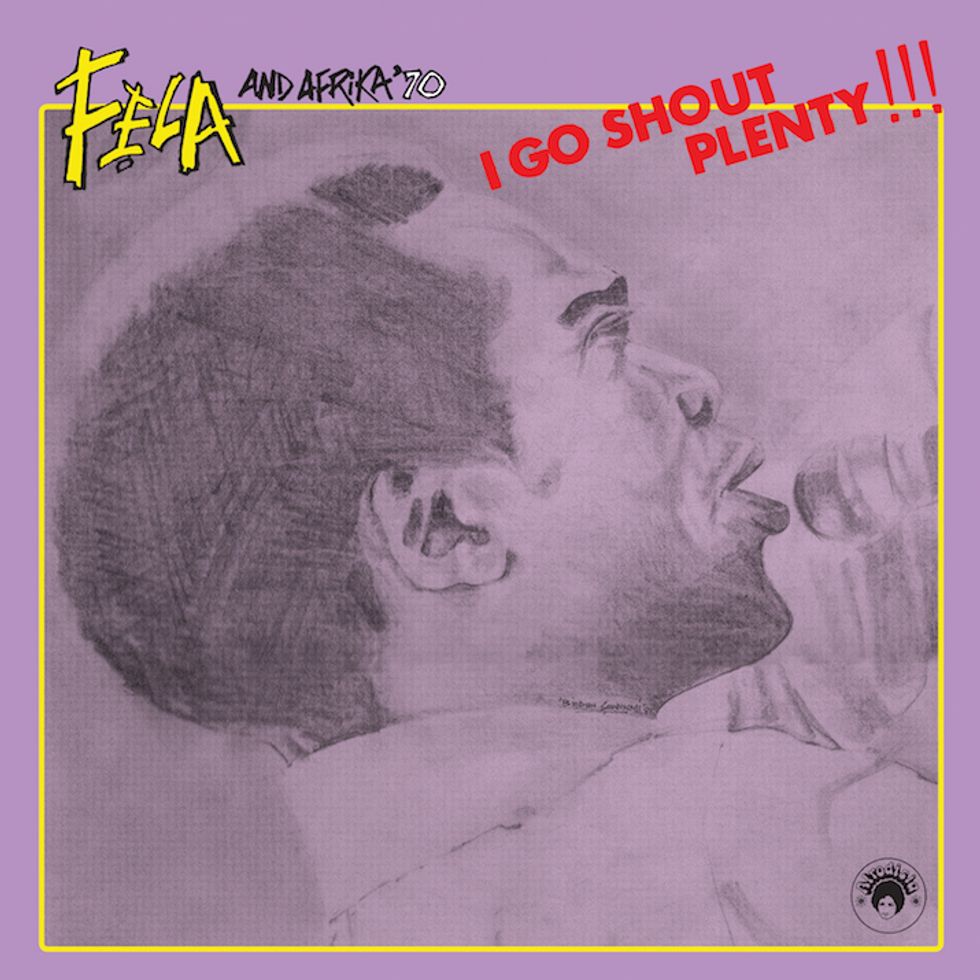 Record Store Day is quickly coming up and, to mark the occasion, Knitting Factory Records is readying a limited edition release of two of Fela Kuti and Afrika '70’s rarest cuts on 10” vinyl.

“I Go Shout Plenty” and “Frustration” were both recorded in 1976, but their release was delayed after the infamous army raid on Fela’s Kalakuta Republic in 1977. The police confiscated most of the band’s material and the two songs weren’t officially released until 1983 and 1986, respectively.

“Frustration” was originally recorded in 1969 as a highlife and R&B blend written for Fela’s American girlfriend Sandra Izsadore. The 1976 version features a more evolved afrobeat sound with Fela on the organ and Tunde Williams on trumpet.

“I Go Shout Plenty” is a quintessential Fela track replete with resounding horns and call-and-response lyrics sung in opposition to the Nigerian government.

Listen to the song below and grab a copy of “I Go Shout Plenty” backed with “Frustration” on vinyl when it drops April 16 for Record Store Day. Only 1,000 copies will be pressed.