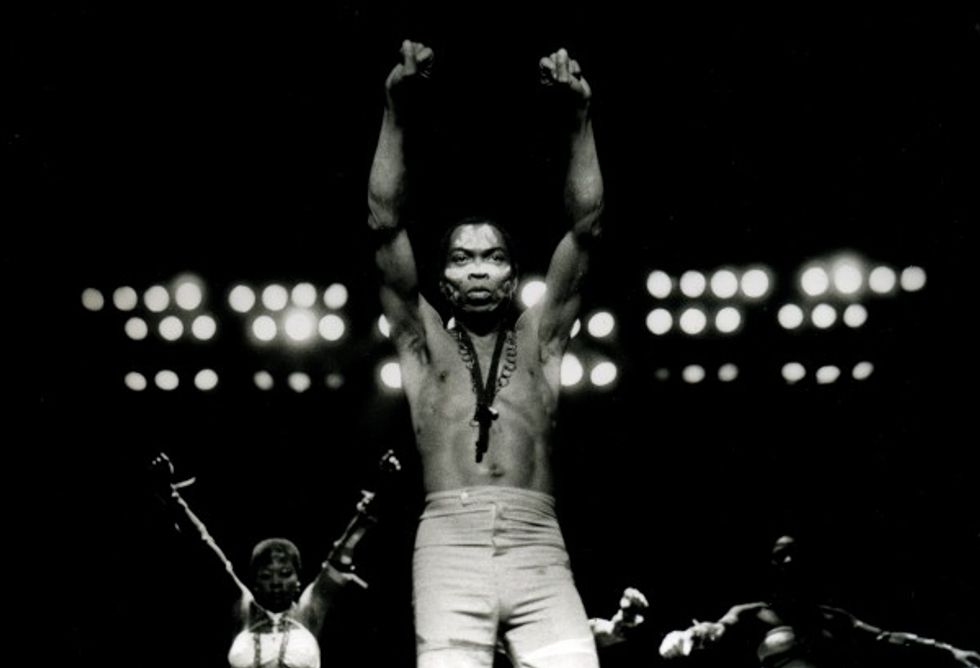 On May 17, a host of artists came together at the 229 Club in central London to salute The Black President, afrobeat originator Fela Kuti. The sold-out show brought together a slew of legendary musicians Fela worked with as well a batch of artists that simply wanted to express their respect — the lineup included Cream/Blind Faith drummer and Fela collaborator Ginger Baker, afrobeat percussion pioneer and Fela’s drummer Tony Allen, Fela’s keyboardist Dele Sosimi, plus a crop of Fela-inspired acts like Afrikan Boy, Keziah Jones, Shingai Shoniwa (of The Noisettes), TY, Blak Twang, BREIS, Terri Walker, KOF and Bumi Thomas. All the performers offered their interpretations of Fela songs aided by the backing grooves of Dele Sosimi and his Afrobeat Orchestra.

With the help of Knitting Factory and the Fela team, we'll be releasing the entire show in separate video segments published each day up until the FREE Okayafrica presented Femi Kuti & The Positive Force concert at Central Park Summer Stage, with Sinkane and King Britt [SHOW INFO]. Keep an eye on this space for the all the videos to drop!

"Water No Get Enemy" performed by KOF & Terri Walker

"Upside Down" by Tony Allen & Biola Dosunmu, backed by Dele