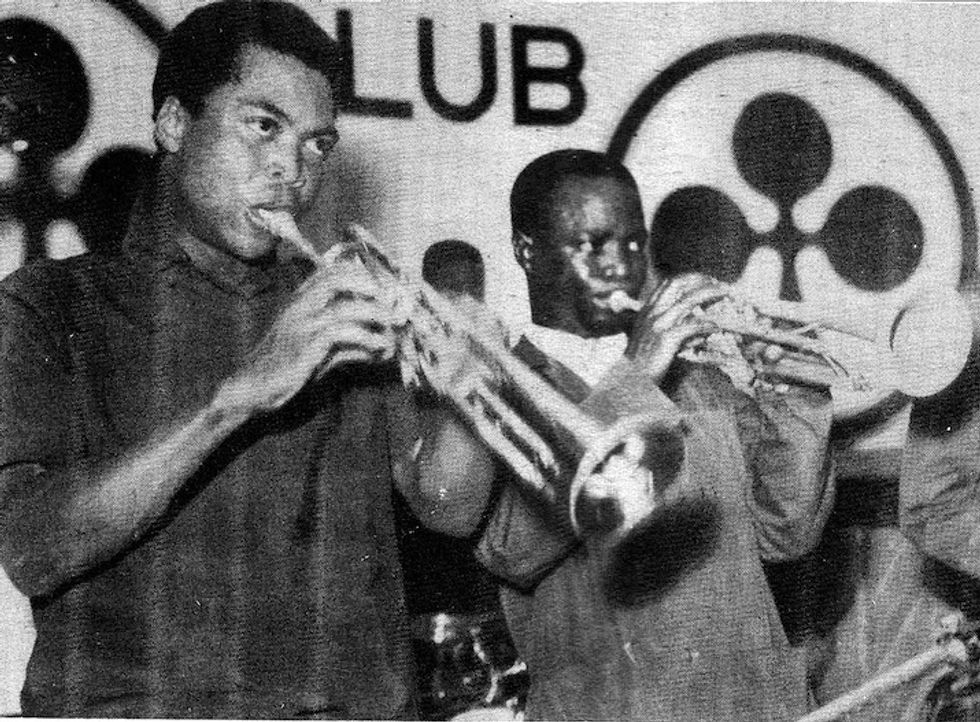 Last year, Knitting Factory Records released a limited edition 7” from Fela Kuti’s rare output with his first band Koola Lobitos. Now, the label is rolling out its reissue of the 39-song Highlife-Jazz and Afro-Soul (1963-1969) collection from Fela’s early musical years with the group.

The songs Fela recorded with Koola Lobitos came before he’d even started playing afrobeat. The tracks on these three discs sound more like a hybrid of highlife, jazz and soul that hint at the afrobeat style Fela was about to unleash on the world. They also feature Fela almost exclusively playing the trumpet—before the switch to his famous saxophone.

“Fela, still singing mainly in Yoruba (with lyrics dealing mainly with family, romantic or moral issues), had yet to adopt the Broken English lyrics which would allow his music to be understood throughout Anglophone Africa (an inspired initiative), and Afrobeat’s naggingly mesmeric tenor guitars were also a couple of years off,” explains afrobeat historian Chris May. “But the tracks introduce several of the key characteristics of Fela’s mature style of the mid-1970s.”

Highlife-Jazz and Afro-Soul (1963-1969), compiled by Toshiya Endo, will be released alongside a 12-page booklet on April 8 by Knitting Factory Records. Grab the iTunes and physical pre-orders.

Hear "It's Highlife Time" and see the full tracklist below.

Disc 3: Afro Beat Live and others