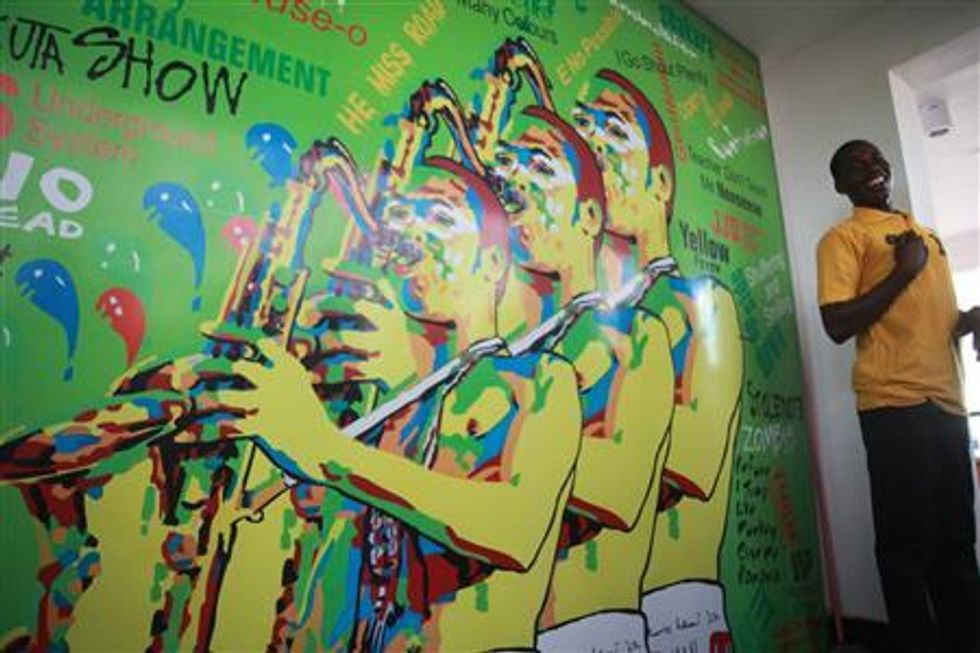 We recently celebrated what would have been Fela's 74th birthday with an original Thom Lessner designed tee — and I’m about to spend my rent money on the Ginger Baker compiled vinyl box set that came out last week — but architect Theo Lawson just one-upped all of us by converting Fela’s old house into a legitimate museum of the afrobeat legend. The government-subsidized project isn’t just about revering Kuti’s life however, it’s also about enjoyment. The building will double as a small hotel with a bar and stage since, as Lawson tells it, "we didn't want a museum that closes at night and the life source leaves the building.” The interior is full of African art installations and Kuti memorabilia — such as a wall displaying some of his extensive shoe collection. Kuti’s bedroom, in particular, has been largely maintained in the state he left it at the time of his death in 1997.

The museum opened this past Monday with Kuti’s sons Femi and Seun in attendance. "This [museum] is a chance for everyone to see for themselves, not follow the myths that being in Fela's house meant you're a hooligan, or a prostitute or all we do is smoke weed," Seun told Reuters in an interview before the opening. "I grew up here. This house was a house of education."