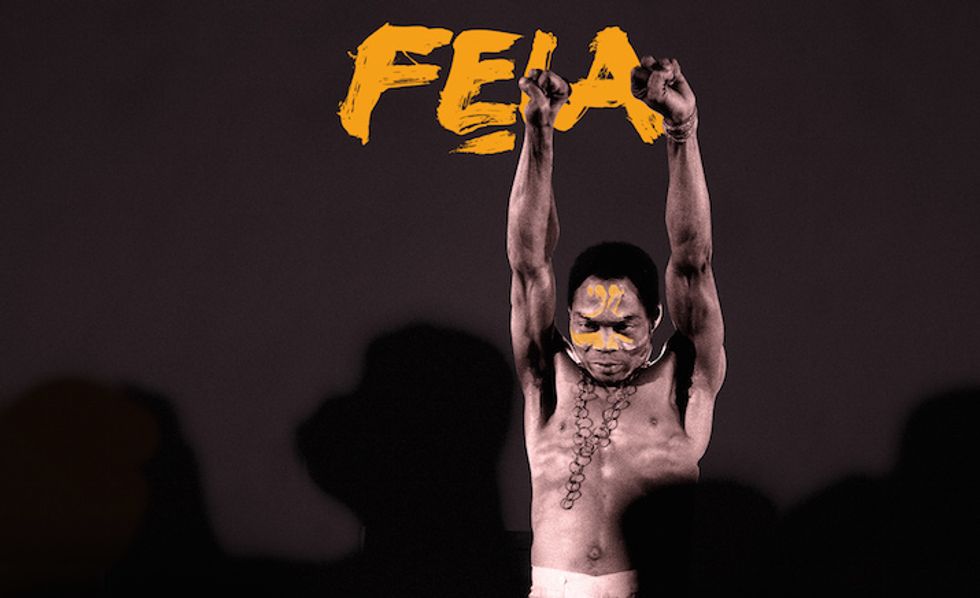 Watch a live feed from London's star-packed concert in honor of Fela Kuti through Okayafrica and Fela.net.

London will be celebrating Fela Kuti this year with the sold out Late at the Library: Felabration! show held at the atrium of the British Library. The night will feature a rotating cast of star musicians, led by Dele Sosimi and his 16-man afrobeat orchestra, as they each take turns bringing in what would've been the afrobeat legend's 77th birthday. The extensive line-up will include afrobeat trailblazer Tony Allen, Nigeria's 2FaceIdibia, Laura Mvula, Shingai Shoniwa (of The Noisettes), Afrikan Boy, The Floacist, Terri Walker, Bumi Thomas, Audrey Gbaguidi, Ed Keazor, The Trinity College Afrobeat Ensemble and DJ Kochi Sakai.

The concert, which will take place this Friday, October 16, will be livestreaming on this page through Okayafrica. It will also mark the opening of the British Library’s West Africa: Word, Symbol, Song exhibition. The celebration will kick-off a weekend at the British Library which also includes a screening of the documentary Finding Fela, followed by artist talks from Tony Allen, Dele Sosimi, 2 Face Idibia, and Lemi Ghariokwu – the artist behind some of Fela’s most memorable album covers.

Watch The Livestream Of London Felabration Below