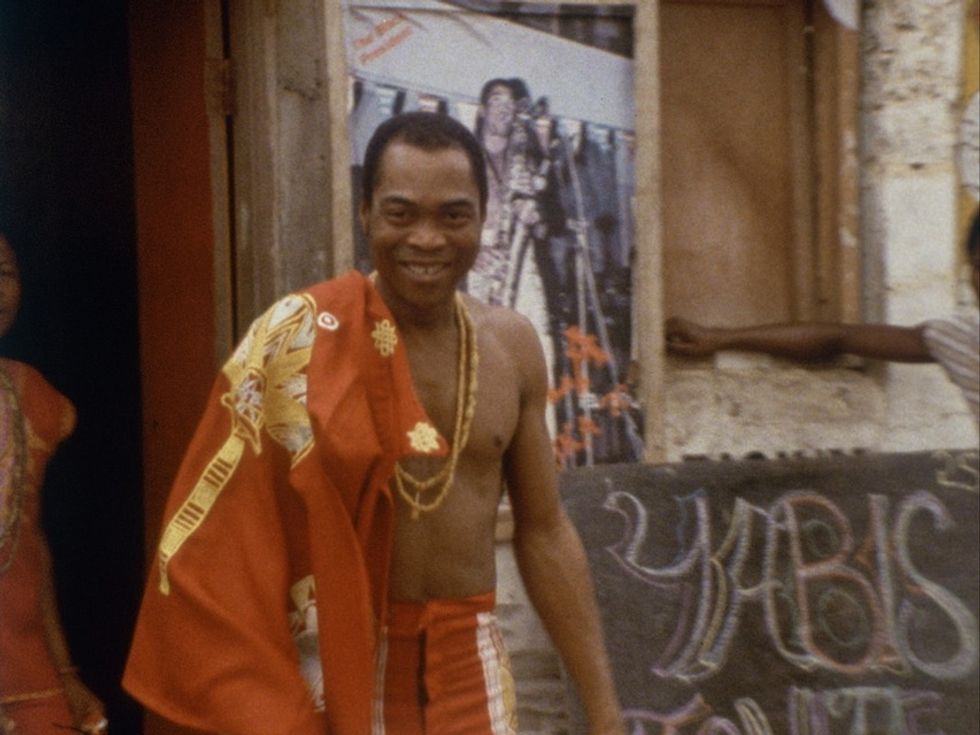 We take a dive into how the Nigerian musical legend used fashion as a form of protest.

Fela Kuti was one of the most radical musicians the world has ever seen. His politically-charged lyrics, cutting album titles and covers, and his unabashed denouncement of the Nigerian government (which led to the infamous raid on his compound, resulting in the death of his mother and landing him in jail) are obvious confirmation of this.

A less examined symbol of Fela's revolutionary powers was his fashion sense—his clothing choices were not only an expression of taste and bravado, but also a conspicuous effort to reject Western ideals. In his song “Gentleman," Fela breaks down his aversion to Western standards by telling the story of a friend who has conformed to European style of dress even though it makes him uncomfortable:

For Fela, wearing what was considered, non-Western clothes was a matter of pride and authenticity. "I be Africa man original," he goes on to sing. For him, true “Africanness"meant refusing to subject himself to the ways of others or compromise himself for the sake of conformity and assimilation. Achieving full liberation meant rejecting the customs and rules of the oppressor—all the way down to the oppressor's clothing. Fela's aesthetic was meant to be understood as the antithesis of that of the deadpan politicians and military leaders that he so often criticized.

Fela's sartorial choices were a mirror of his political views, equally forthright and expressive, and a reminder that fashion can be a form of politics. He often appeared shirtless with large beads adorning his neck, or in ankara jumpsuits and matching top and bottoms, or simply in his underwear.

Fela's decision to rock underwear publicly was yet another showing of his apathy towards the “white man's" social order—an act of wearable subversion. Fela would conduct interviews and make appearance in his undergarments, sometimes smiling, with a blunt in his hand, showing very little regard about how he might be perceived by respectability hawks. This display translated to him lambasting government corruption and Westernization. His underwear, as well as other items from his wardrobe, are forever immortalized with a display at the Kalakuta Republic Museum in Lagos.

Fela's rebellious fashion sense, extended to the people around him as well. The stylistic prowess of the “Fela Kuti Queens"—the 27 women he married in a single ceremony in the 1970s—cannot and should not be overlooked. With their beaded braids, head wraps, and elaborate ceremonial face paint, these women effortlessly defied Eurocentric beauty standards.

It's hard to find artists nowadays so unwaveringly devoted to a cause that their politics are worn on their bodies. Fela's wardrobe was a form of resistance all on its own.

The next time you see a picture of Fela, pay attention to his clothing—or lack thereof—and be inspired. There's never been a more compelling time to channel his spirit of outspokenness, proud blackness, and peerless audacity.