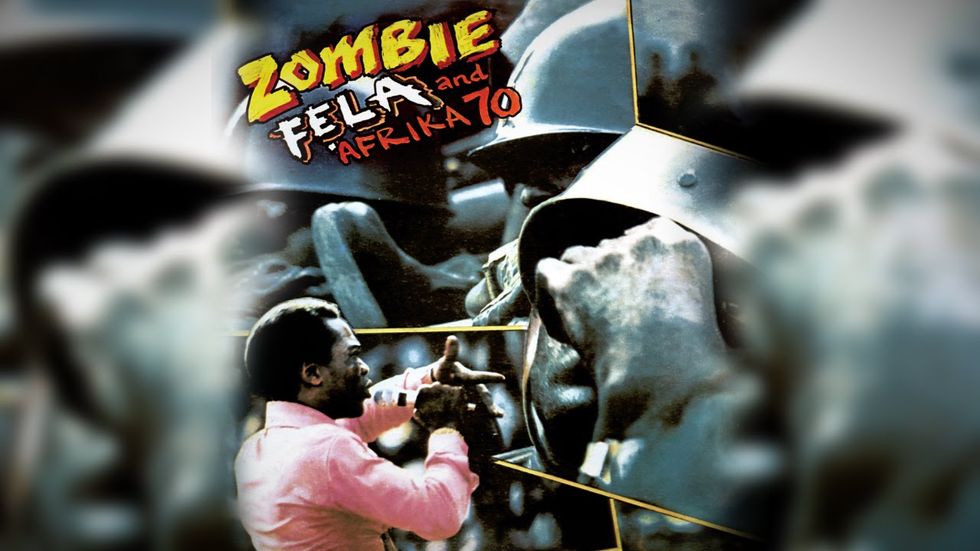 “Zombie” is not simply Fela Kuti’s best known song. The 1976 protest anthem is a scathing attack on the Nigerian military that uses zombies as a metaphor for soldiers mindleslly following orders. The song triggered the Nigerian government’s horrific assault on the Kalakuta Republic on 18 February, 1977, in which the compound burned to the ground, Fela was brutally beaten and his mother, Nigerian feminist icon Funmilayo Ransome Kuti, was tragically thrown from an upstairs window.