He Who Wears Death in his Pouch: FELA! Rises at the Shrine 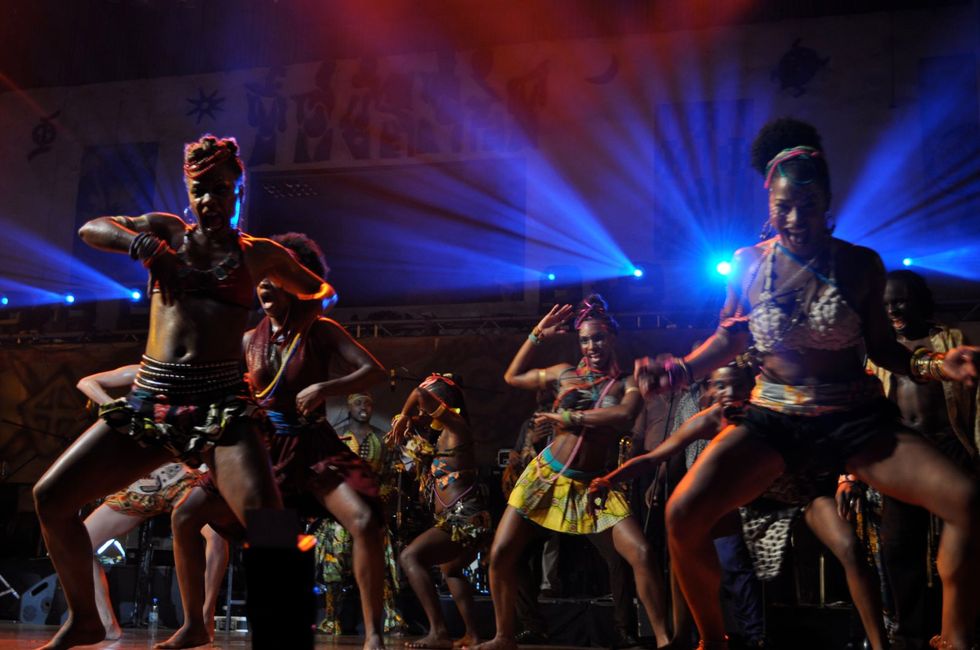 Fela has risen again. FELA! cast member Abena Koomson wrote in again from Lagos, where the performances have officially begun with a first show at Fela's New Afrika Shrine. She emailed this skin-tingling report:

"The performance at the Shrine was unbelievable. It felt like that performance was the sole reason why this play was every created: to pay homage to Fela in his home, to give an offering and to receive a blessing. It's such a remarkable thing that the entire Broadway cast had a chance to experience it. I was talking to Femi (Kuti) backstage during one of our rehearsals and he was wowed. He said first of all, that the Shrine audience does not clap. That he had never seen that happen. And even during our rehearsals we were getting uproarious applause. By the time we got to the actual tribute, it was tenfold. The people I talked to were proud of us. It was a homecoming."

Check out this article for an inspired play-by-play of the entire experience.