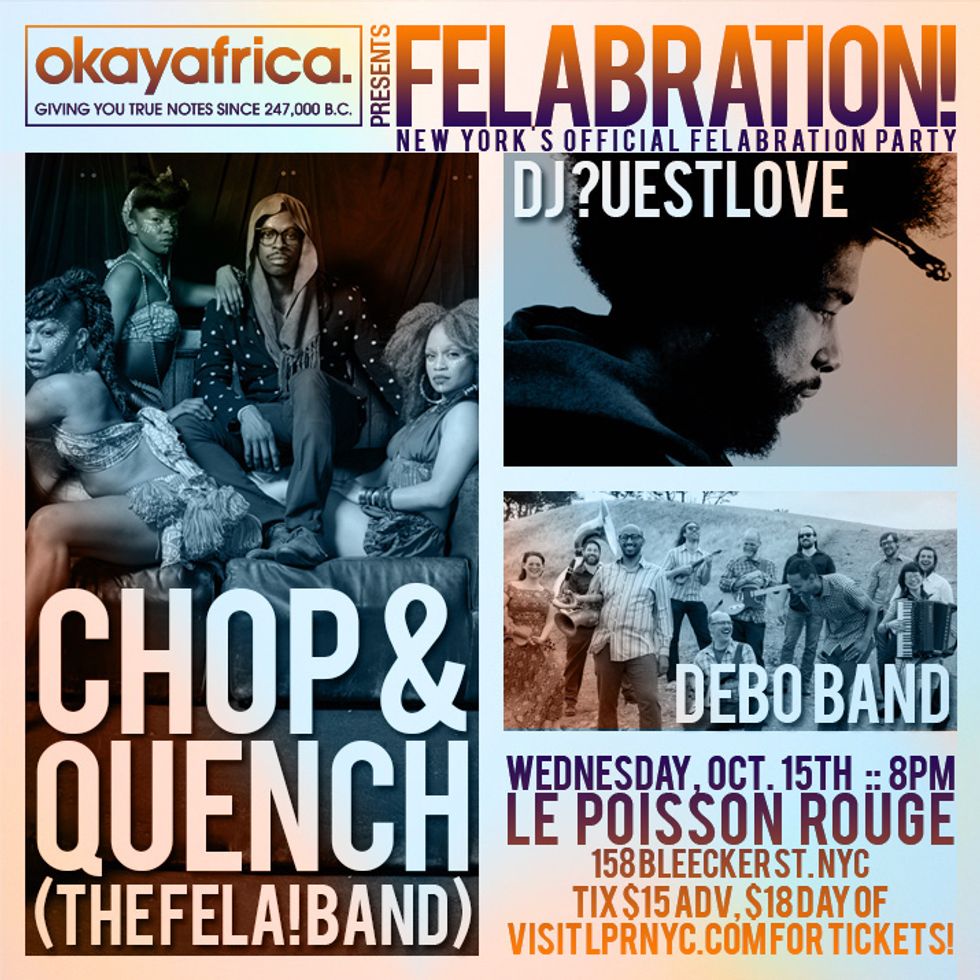 Fela lives! Okayafrica is proud to present New York City's official FELABRATION party at Le Poisson Rouge in honor of the indomitable Fela Kuti. Join us for a night of performances featuring Chop & Quench'The Fela! Band,' DJ Questlove and Debo Band. Comprised of members from the cast and band of Fela! The Musical, with the TONY Award-nominated Sahr Ngaujah at the helm, Chop And Quench tore the roof off at the Sundance world premiere of Finding Fela earlier this year and were the shining highlight of last year's NYC Felabration. DJ Questlove will hold it down, as he always does, on the 1s and 2s. And the 11-man Debo Band will bring their unique Ethiopian pop music blend, constructed out of traditional scales & vocal styles mixed with American soul and funk rhythms. Come celebrate Fela with us, yeah yeah!

By purchasing a ticket in advance you'll be automatically entered to win the seven-album Fela Vinyl Box Set #3 Curated By Brian Eno.