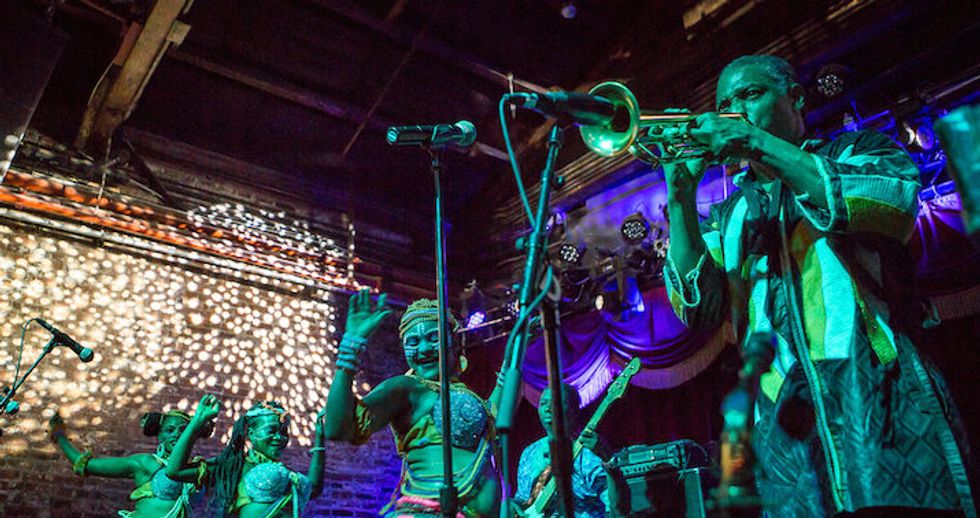 Femi Kuti will be hosting a summer night of afrobeat at Brooklyn Bowl on July 27 with Subatomic Sound System and dj.henri.

The legendary Femi Kuti will be hosting a midsummer's night of afrobeat at Brooklyn Bowl on July 27, alongside his group The Positive Force.

Femi, whose music continues the legacy of his father Fela Kuti’s highly-energetic and politically outspoken afrobeat, will be joined on the night by NYC electronic dub-reggae outfit Subatomic Sound System and dj.henri of Radio Africa Online.

To see the magic of a Femi Kuti show, revisit our photo gallery from his two night residency at Brooklyn Bowl last year, in which Femi hypnotized his NYC crowd.

Grab your tickets to Femi Kuti & The Positive Force at Brooklyn Bowl on July 27.

underneath! Winners have been announced, check your e-mails!

See the full details on the upcoming show here and in the flyer below. Plus, watch our Okayafrica TV video Femi Kuti: Why My Father Wouldn't Tweet underneath.