Save Fendika! An Ethiopian Cultural Treasure 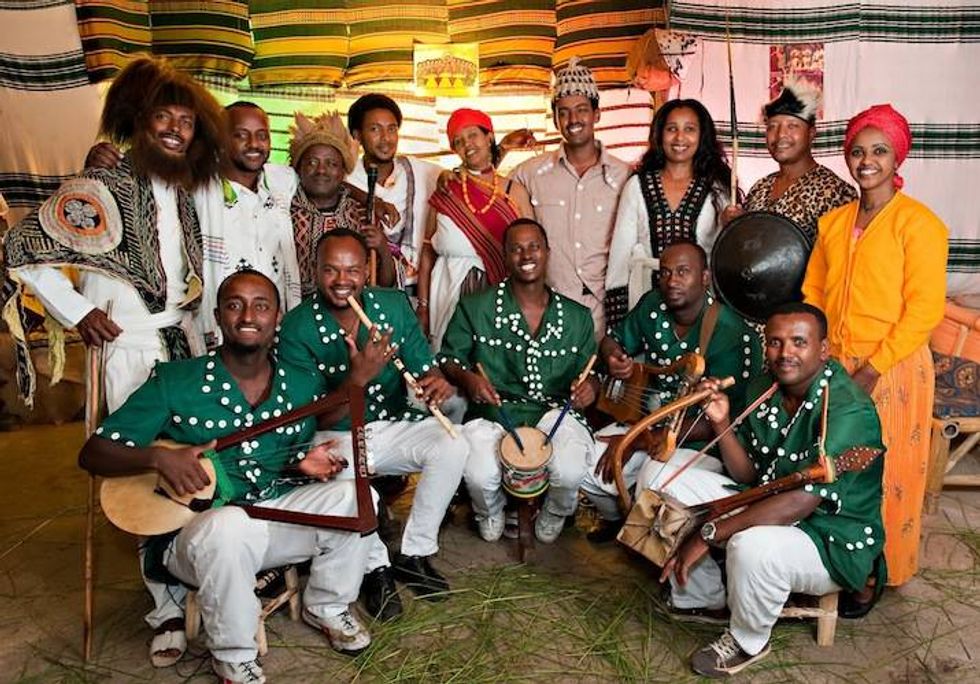 In Addis Ababa today, cranes litter the sky like an alien invasion. With bare feet, workers balance on ancient scaffolding wrapped around modern highrises. The air is a certain spice mixed with the kind of smog that could give anyone asthma in a week. The city is overpopulated and growing fast. I see pictures of where I stayed last time I was in the country and barely recognize a thing. Needless to say, the price of real estate is climbing high... save Fendika.

Melaku Belay dances like lightning; or like traditional acoustic instruments are electrocuting his entire body. He was orphaned as a youth and slept in the streets for 6 months, dancing for tips. The previous owner of Fendika allowed Melaku to sleep in the club while he continued to dance for tips and grow with his craft, until 12 years later he had saved up enough tips to buy the club. Since that day in 2008, Fendika has been an Azmari bet (traditional music house) unlike any other.

Vocalists rock a packed house night after night, often with no microphones. I remember my first night there Melaku telling me I should get up and rap, and I say “No... not here, not now.” We had just done 14 shows throughout the country and Fendika is especially beautiful for how untouched by the West it feels. I wonder how much Hip Hop has influenced the musicians and dancers I see that night, or how much of Hip Hop is just similar to what Ethiopians have always done. People are doing the eskista which resembles popping & locking, and sometimes other moves that remind me of breakdancing. Two singers start freestyling in Amharic, first making fun of each other, and then members of the audience. For how traditionally and proudly Ethiopian it was, I also didn't see anything more Hip Hop the whole time I was there. The energy of one night at Fendika is an experience you can't capture in a recording, it is something you just have to be present for.

Melaku scouts younger talent from Azmari families in the countryside, as well as older musicians many have forgotten about. Azmaris in Ethiopian society have always been treated as outcasts, even though their importance to the culture is huge. For example, everyone wants an Azmari to play at their wedding, but nobody wants their child to be an Azmari. As a result, most places still only pay musicians in tips. Melaku currently has 30 musicians making a salary out of Fendika, and in addition to the club they have been touring the world as much as possible. Fendika has been giving life to outcasted musicians who are now giving life to people world wide.

Fendika is now in danger of being shut down, due to the owner of the land wanting to sell to an investor. The owner has given Melaku and Fendika until the end of this month one chance to purchase the land that Fendika is on. Melaku already has half of the money he needs, but is running an Indiegogo campaign now to secure the second half. If you are in Ethiopia, you can find ways to support via Melaku's Facebook page. This is one fundraising campaign I can say with all certainty will affect the future of music in Ethiopia.

There's a lot more information, history, and videos on the Indiegogo page. Head here for more great videos from Fendika.