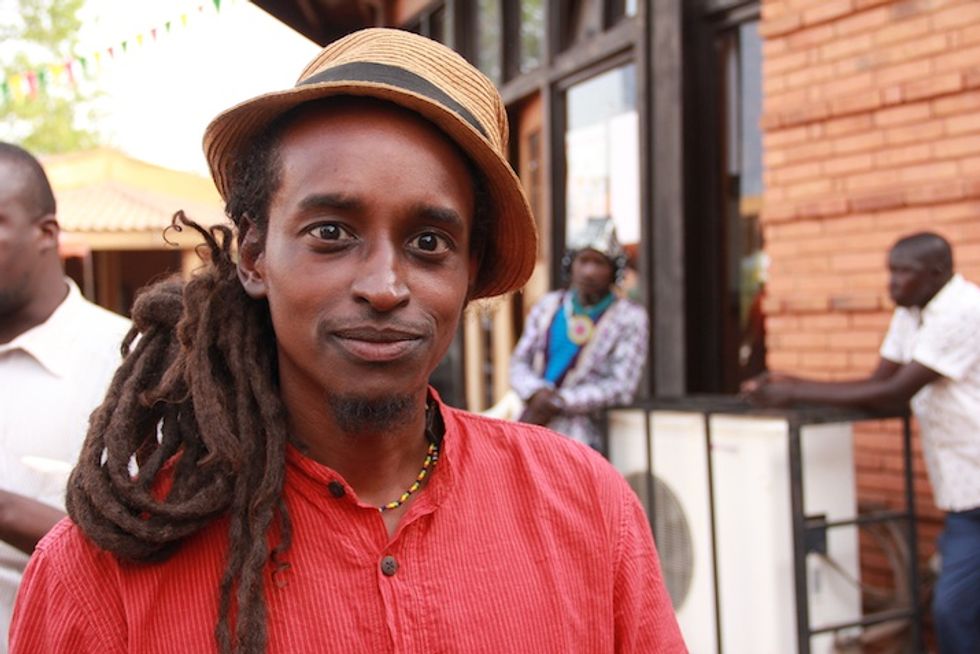 All photos by Iquo Essien

Nigerian-American writer, director and photographer Iquo Essien traveled to Ouagadougou, Burkina Faso, earlier this month for the 24th edition of FESPACO (the Pan African Film and Television Festival of Ouagadougou), where her film, 'Aissa's Story,' was an official selection in the short film competition. The following is Essien's account of the 2015 edition of Africa's largest film festival.

My short film, Aissa's Story, was an official selection of the 24th biennial Pan African Film and Television Festival of Ouagadougou (FESPACO), the largest and oldest festival of African films on the continent. FESPACO takes place in Burkina Faso once every two years. Dubbed Africa's Oscars, a total of 134 films (shorts, features, TV series and documentaries) participated "in competition" and "out of competition," representing several countries across the continent and the Diaspora. The twenty-fourth edition ran from February 28 to March 7, 2015, with “African Cinema: Production and Distribution in the Digital Era” as its theme.

Despite a 2014 uprising--which ousted former President Blaise Compaoré and almost shut down FESPACO altogether--thousands of festival goers attended. I flew from New York to Ouagadougou and, from the beginning, was treated like a VIP with festival officials waiting at the airport at midnight to shuttle a dozen of us to our hotel. We didn't receive the festival brochures until the next day, when I learned--one hour beforehand--that my film was showing that morning! Despite the short notice, and a miscommunication with the projectionist that led to the English-subtitled version being screened, the audience enjoyed it and my second screening a couple of days later went exceedingly well.

FESPACO was a whirlwind week of film screenings, Q&As, interviews, dinners at the film village, and VIP events like a U.S. Embassy reception and gala at the Prime Minister's residence. There were networking events planned by Canal+ and TV5Monde, and most major African film practitioners, programmers, and journalists were on hand. I've dreamt of attending for years and it's an experience I'll never forget! Above are some of my favorite photos.

Iquo B. Essien is a Nigerian-American writer, director and photographer. She attended the Graduate Film Program at NYU/Tisch School of the Arts. Her short film, 'Aissa's Story,' was a regional semifinalist in the 2013 Student Academy Awards and an official selection in the short film competition at FESPACO 2015. She is currently adapting the short into a feature film while writing a memoir, 'Elizabeth's Daughter,' about losing her mother to cancer. Follow her on Twitter at @alligatorlegs.